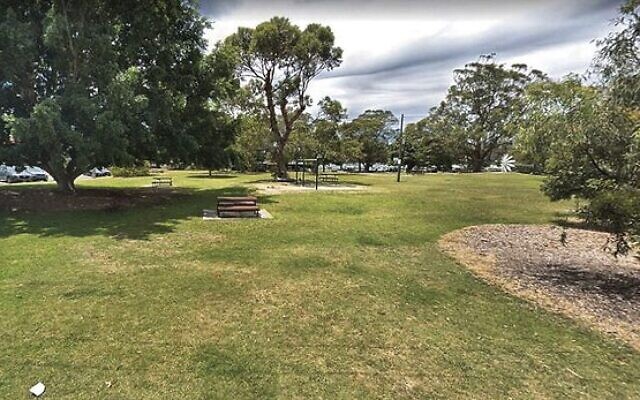 NSW Jewish Board of Deputies CEO Darren Bark has reminded the Jewish community to remain vigilant following a disturbing neo-Nazi incident at Balmoral Beach on Saturday.

According to witnesses at Hunter Park, a group of five men and one woman dressed in black unfurled a neo-Nazi flag before raising their arms in a Nazi salute.

Police have confirmed the flag is used by the European Australian Movement (EAM), a far-right group associated with the neo-Nazi National Socialist Network.

The group then remained at the park, where they proceeded to set up for a barbecue. 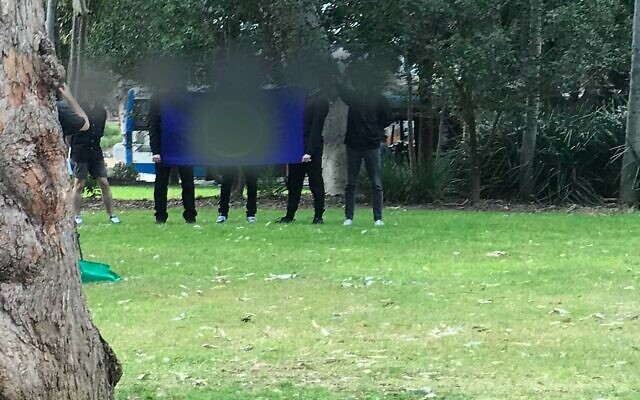 A neo-Nazi group associated with the National Socialist Network were captured on camera at Balmoral over the weekend. Photo: Mosman Collective.

A number of families and young children were present at the time of the incident, with one witness telling the local Mosman Collective, “To have this occur in a local park has made me shake with anger.

“I feel unsafe knowing that people with the capability of extreme violence have been, or are, in our community.

“To violate little kids who were at the park this way is vile, horrendous and absolutely unforgivable.”

Bark said the JBD is “appalled” by the brazen incident.

“Such odious displays have no place in our society and reinforce the importance of having strong legislation banning the display of Nazi symbols across our state. This legislation can’t come soon enough.

“We remind the community to remain vigilant against all forms of antisemitism and hate, and to report incidents such as these to police and the Community Security Group immediately.”

The leader of the EAM, Thomas Sewell, a self-confessed white supremacist and “soldier for the white race”, is currently in prison on armed robbery and assault charges.