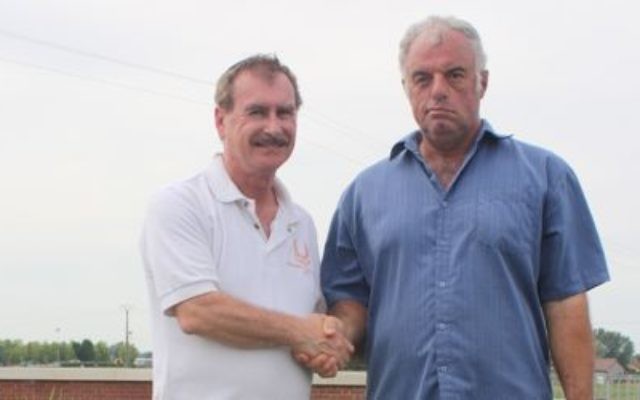 SYDNEYSIDER Peter Allen is widening a search for families of Australian Jewish soldiers lost in the bloody World War I Battle of Fromelles in France, and believes he has found evidence of another Jewish digger.

So far, records uncovered indicate that 11 Jewish soldiers from Australia lost their lives among the almost 2000 diggers who died during a 24-hour period of July 19-20, 1916, to date the greatest military toll inflicted on Australians. But only two have been identified and reinterred.

When Allen recently combed through service lists in The Australian Jewry Book of Honour by World War I historian Harold Boas, he encountered largely unpublicised evidence on a 12th casualty, Private Reuben Marcus of the Australian Imperial Force’s 31st Battalion.

Private Marcus was a cabinet-maker from Cape Town and had only been in Australia for two years when he enlisted in Melbourne. Following his death, his mother Louisa wrote from South Africa that he was “a keen sportsman, cricket, football, swimming and mountaineering”. He is commemorated on the memorial wall of the military cemetery at Villers-Bretonneux, along with some 36 others lost in action at Fromelles.

Allen said the quest by the Australian Army to match unidentified remains with DNA from relatives of today is a race against time.

“There will be another year of DNA testing and two more re-burials in 2013 and 2014, after which DNA matching will stop,” he told The AJN.

Hopes were raised in 2008 when some 250 Australian soldiers were found in a mass grave in France, and Allen attended a milestone reinterment service at the Pheasant Wood Cemetery near Fromelles in 2010.

Among the reinterred was Lieutenant Berrol Mendelsohn, a great-uncle of La Trobe University Professor Oliver Mendelsohn. The World War I volunteer enlisted at the age of 24 and served in Gallipoli before moving to the Western Front in 1916. Military records show he was struck by a shell during an advance near German trenches on July 20 and was killed instantly.

At Pheasant Wood on the day of the reinterment service, Allen arranged for a Jewish memorial service honouring the lost Jewish soldiers – some of whom are believed to be among around 130 still unidentified Australian soldiers buried there.

Allen is related to one of the Jewish diggers who died at Fromelles and who is still unmatched to any remains. Private Lionel Levy, a distant cousin, was a Redfern horse-cab driver who joined the Australian Army’s 53rd Battalion and a few months later fell in battle. He is also a grand-nephew of Temporary Sergeant Morris Phillips, who was awarded a Distinguished Conduct Medal at Fromelles but survived the war.

The semi-retired Castle Cove engineer, who is adviser on the Centenary of Anzac for the NSW Association of Australian Jewish Ex-Servicemen and Women, has begun preparations with the Executive Council of Australian Jewry for the Jewish community’s Anzac Day commemoration in 2015, as well as the publication of a book on the history of Jews and the Australian military.

“There will be centennial ceremonies marking major events and battles, and we’re trying to engage with Jewish communities around Australia.”