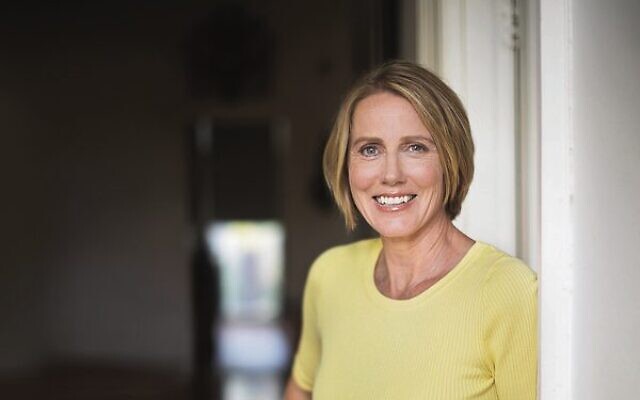 THE Jewish Community Council of Victoria (JCCV) has called for Independent Goldstein candidate Zoe Daniel to “disassociate herself” from a letter she signed calling for journalists to avoid “both siderism” when reporting on the Israeli-Palestinian conflict.

The open letter “Do Better on Palestine”, which The AJN reported on in May last year during Israel’s conflict with Hamas, also called on editors and publishers to “respect the rights of journalists and media workers to publicly and openly express personal solidarity with the Palestinian cause”.

Daniel signed the letter in her capacity as an ABC journalist at the time.

“The JCCV is disappointed to hear that as a journalist Zoe Daniel signed an open letter titled ‘Do Better On Palestine’,” JCCV President Daniel Aghion said.

“We note that the letter is almost one year old. The JCCV recently met with Ms Daniel. Her current stated views on Israel are more nuanced and consistent with bipartisan policy.

“Having said that, we think that Ms Daniels can ‘Do Better’. We call upon her to dissociate herself from the open letter.”

Daniel told The AJN this week that she could remove her name from the letter, “but that seems to me to be insincere, or a cheat’s way out, given that I did sign it”.

“Far better, I think, to learn from that moment and to better understand the issues from the perspective of the Jewish people.”

Daniel said she would have framed the letter “very differently”.

“The letter makes several assumptions and did not take into account the complexity of the situation at the time, in which Israel’s security was under threat,” she said.

“My signing of the letter was narrowly framed to express my profound and abiding concern for the safety and welfare of journalists, regardless of the conflict.”

Daniel said she firmly believes in the right of the Jewish people to a “safe and secure homeland in the State of Israel”, does not support the BDS movement, “nor do I subscribe to any characterisation of the situation in Israel as ‘apartheid'”.

“Many Jewish Goldstein residents have expressed their dismay to me regarding the media’s emphasis on Israel,” she said.

“As a community-backed representative, I deeply empathise with these concerns.”

She added that she supports the IHRA definition of antisemitism.

“However, it is hard to see how anyone who supports Israel’s continued existence as a Jewish state could sign the egregious ‘Do Better on Palestine’ letter,” he said.

“It completely misrepresents the cause of the May 2021 violence, blaming Israel when it was started by Hamas rocket barrages against Israeli civilians; it refers to Israel’s very founding as the Nakba – “catastrophe”; it echoes baseless and malicious accusations that Israel practises apartheid; and it basically urges that the media cover the Israeli-Palestinian conflict in a one-sided and unbalanced way.

“We would urge her to remove her signature and renounce the letter.”