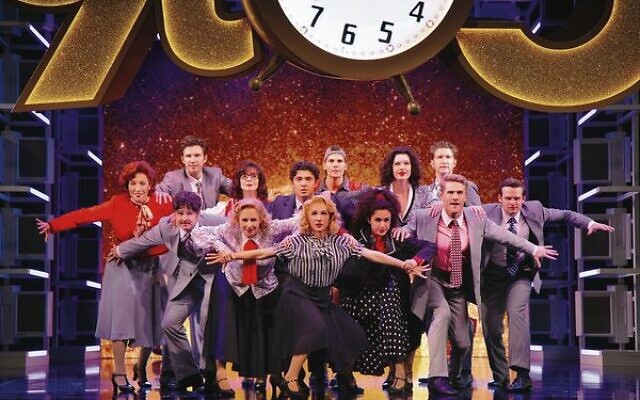 The 9 to 5 ensemble. Photo: David Hooley

Marina Prior has played some of the most classic roles on the musical theatre stage. From Cosette and Fantine in Les Misérables to Christine in The Phantom of the Opera, Maria in West Side Story, and Magnolia in Show Boat. Now, she has added Violet Newstead in 9 to 5 to the list.

The role, she said, is one of her greatest.

“I was aware of just how wonderful the story is because when I was growing up, I watched [the movie].

“It’s written for a middle-aged woman as the protagonist of the story which is highly unusual. In so many plays, musicals and films, it’s still such an anomaly … when I read the script, it’s just so funny,” she said before simply stating, “also, I love Dolly Parton.”

And, really, who doesn’t?

“She’s a genius musician to be able to write a hit that people can’t stop singing,” Prior answered when discussing why Parton’s music transcends generations.

“It’s so simple, yet it’s so brilliant; that’s the true beauty of it.

“I think also what people really relate to is the spirit that she exudes is really present in her songs. They’re feel-good, they’re upbeat, they’re positive. There’s a great sense of humour about them. I think that’s what people actually love about her.”

Prior will be taking the stage alongside Casey Donovan and Erin Clare, and together, they form the formidable trio who take revenge on their egotistical, sexist employer Franklin Hart Jnr, played by Eddie Perfect, who Prior describes as the complete opposite to his dinosaur character. 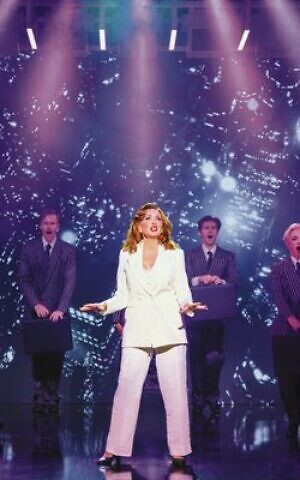 Marina Prior on stage.

When speaking about the cast, Prior gushes. “I’m so aware of how special and talented they are,” she said. “I’m working with Caroline O’Connor, who has been a friend of mine for 30 years. It’s great to share the stage with an old friend, we are genuinely close.

“And every night to see her absolutely own the stage in her number is a great privilege and joy.”

As for the role of Violet, who Prior relishes playing, she says it is so satisfying to put on the “funny, sexy and resilient” character’s shoes each performance.

“At the beginning, she’s jaded, she’s snappy and she’s grumpy – for very good reasons. She’s a widow and a single mother, working in a terrible misogynistic environment, and she’s sick of it,” Prior explained. “It’s the friendship with the other two women that enables her to grow like they grow. The three women have a fantastic story arc. She’s not the same person at the beginning of the show that you see at the end of the show.”

9 to 5 is truly the perfect antidote to everything that is happening in the world right now. “There’s a lot of misery, there are a lot of reasons not to be singing and full of joy right now,” Prior lamented. “Which is exactly why we need something that is simple and joyful. It ain’t Shakespeare, but it is incredible escapism, fun and wit. Humour and music are always going to be a great relief from whatever is happening in people’s lives.”

9 to 5 is playing at State Theatre from July 14. For tickets, visit 9to5themusical.com.au