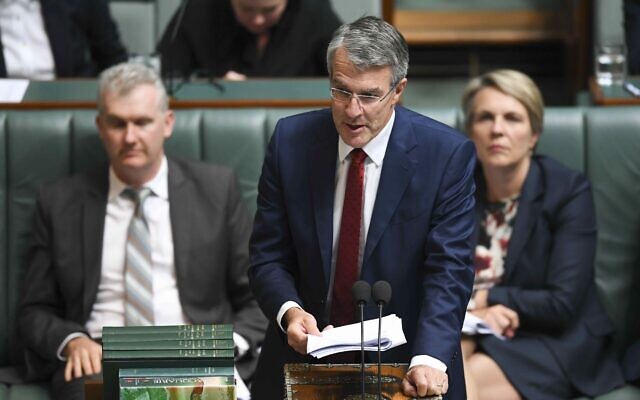 Shadow attorney general Mark Dreyfus tabled the Parliamentary Joint Committee on Intelligence and Security (PJCIS) report into banning all of Hezbollah in parliament on Wednesday.

The government announced it will proscribe Hezbollah in its entirety as a terrorist organisation last November, following the PJCIS report’s recommendations.

“I welcome the fact that the Morrison Government has accepted the committee’s earlier bipartisan recommendation to list the whole organisation as a terrorist organisation,” Dreyfus said.

“Previously, for many years, this listing has been limited to Hezbollah’s External Security organisation, a sub organisation of Hezbollah operating under the military wing of that organisation.

“This position was no longer tenable if it ever was.”

Dreyfus noted that the United States, United Kingdom, Canada and the Arab League all list the entirety of Hezbollah – including its military wing – as a terrorist organisation.

“This is because Hezbollah is a unitary organisation and it cannot be realistically or reasonably subdivided into different parts,” he said.

The shadow attorney general recalled visiting the Jewish Community Centre in Buenos Aires on “more than one occasion”.

“In 1994 a van loaded with explosives was driven into that building by a suicide bomber, killing 85 people and injuring hundreds more,” he said.

“All of the evidence from multiple inquiries points to Iran and Hezbollah being responsible for that bombing and the murder of 85 people.

“I do not understand why it should matter what part of Hezbollah carried out this devastating attack against the Jewish community in Buenos Aires and against the Argentinian people.”

He noted that the United Kingdom listed the whole of the organisation in 2019.

“It has taken the Australian Government three years to reach the same conclusion, but I welcome the fact that it has done so,” Dreyfus said.

“I commend my colleagues, all of my colleagues, the six Coalition members of the committee and the five – the four Labor colleagues and myself – on the Intelligence and Security Committee.”