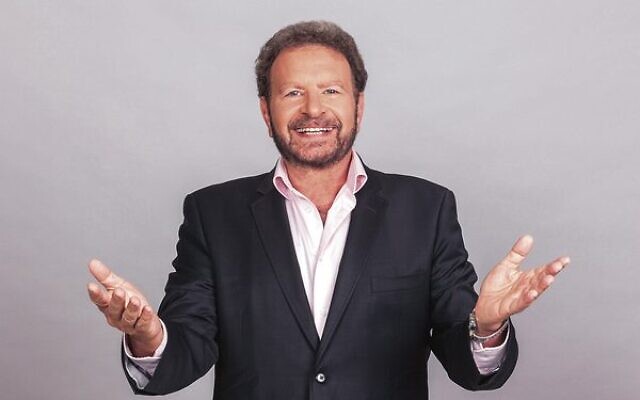 Israeli cantor and performer Dudu Fisher, who is best known for his portrayal of Jean Valjean in Les Miserables on Broadway, will be joining the Melbourne Hebrew Congregation (MHC) for the High Holy Days as their lead chazan.

“I have been to Australia many, many times but I’m very excited to be there in a synagogue which is 180 years old,” he told The AJN.

“It’s like a sanctuary that was there for so many years. I think it’s very important that the young generations will see what their parents went through, to build such beautiful congregations and beautiful synagogues, and to pass it to the next generation, the tradition, and the love that people had for this beautiful synagogue.”

Despite being away from his family during the chagim, Fisher said he is comforted by the fact that, “We’re one mishpochah. We’re one family – all of us.”

He also said MHC congregants are in for a unique experience.

“My prayers are different I think, than any other cantor or chazan. For me to do a session in the synagogue, it’s like doing a concert, it’s like being on stage,” he said.

“I mix music from Phantom of the Opera and from Les Miserables and from Fiddler on the Roof.”

Fisher also spoke of his early days as a performer, and said he actually grew up wanting to be a dentist.

When singing casually at a wedding for a friend, he was approached by a Canadian man who changed his life with one sentence. He said, “Are you crazy? With your voice you’re going to smell stinking mouths of other people for the rest of your life?”

He never dreamt of dentistry again.

Fisher who is now based in New York, also told The AJN about his time on Broadway as Jean Valjean.

He said he didn’t have to pretend when playing the part “because I really felt it, because Jean Valjean was a religious man”.

Fisher added, “He didn’t do anything without consulting God first, anything that he did in his life was for good.”

When he sang the famous song Bring Him Home, “I was saying it to my kids,” Fisher said, as they were in the Israeli army at that time.

President of the MHC Quentin Miller said that having Fisher as their lead chazan “adds so much sparkle and excitement”.

Miller said, “We can’t wait for him to be up on our bimah alongside our Rabbi Shlomo Nathanson who has created a really meaningful High Holy Days program.”