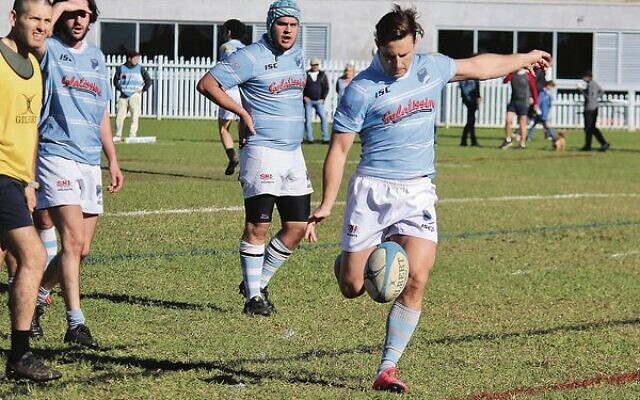 David Horwitz gets a kick away for Maccabi against Waverley last Saturday. Photo: Lawrence Brown

The Australian rugby team for next month’s Maccabiah Games is upping the intensity of its preparation, with three trial games in the space of 10 days, featuring a near full-strength squad.

On June 1, Maccabi soundly defeated Mosman at Rawson Oval by 47-12, with captain and fly-half Sam Horwitz leading the way.

Young fullback Chad Bobrow was rock solid and among the try-scorers, while prop forward Josh Hoffman constantly gained metres up the middle.

Tonight (June 9) at 7:30pm, Maccabi were due to play in the ‘Kosher Cup’ trial versus Northern Saints at Hassall Park, St Ives. 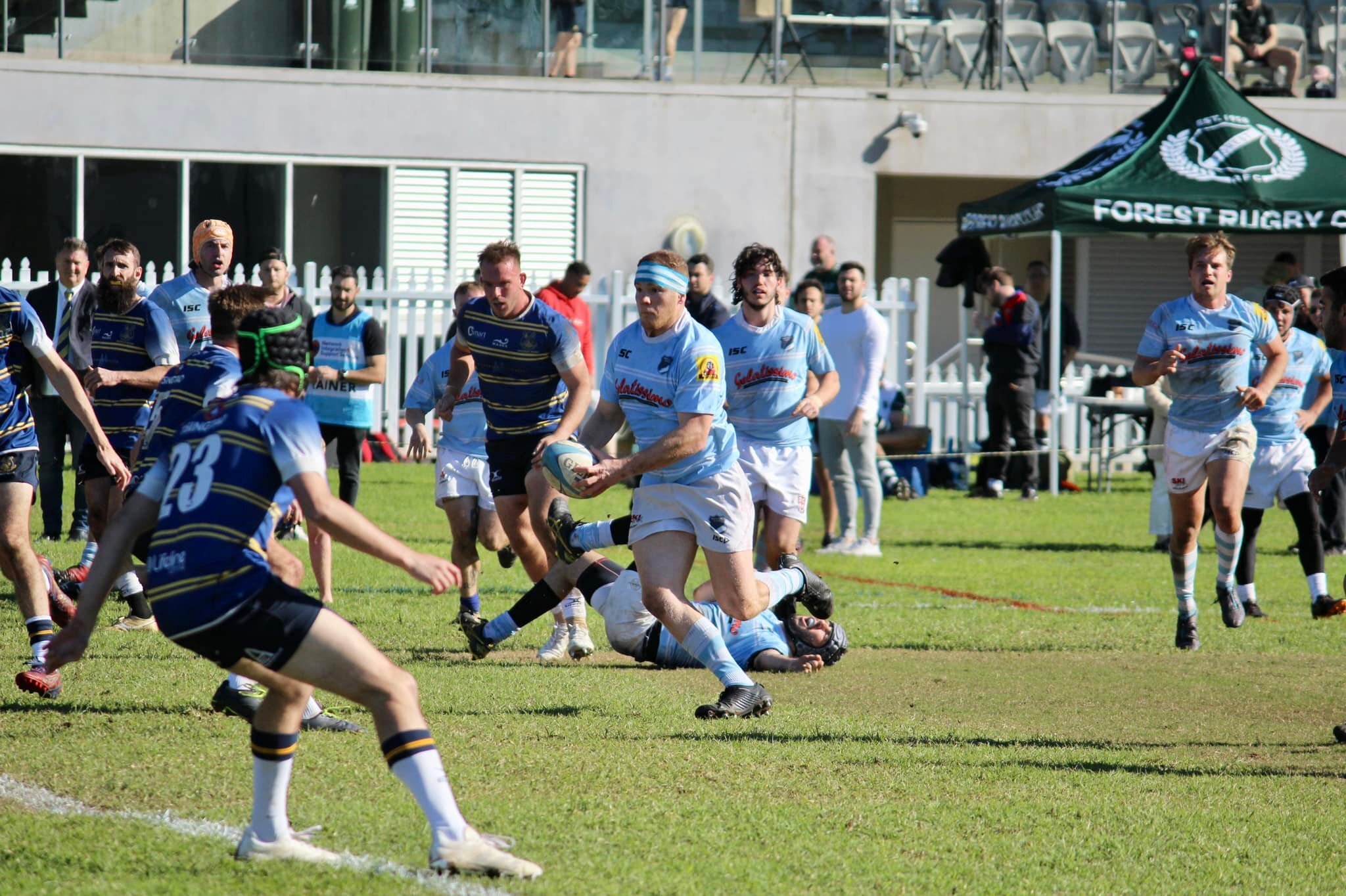 Jordan Koton was in scorching form for Hakoah FC men’s first grade team in their NSW State League One 5-0 win over the Southern Districts Raiders on June 7.

In only his second game back from injury, the attacking midfielder scored a magnificent hat-trick.

The win – their second straight – lifted them to sixth place.

Their U20s, and five youth league teams, were all undefeated last round too.

Meanwhile, in the Australia Cup, Hakoah have been drawn to travel to Bonnyrigg for their round 7 match on June 14. 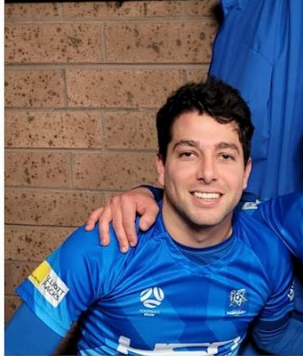 Tough round for Maccabi men

Round 9 of the Easts men’s football season was a challenging one for Maccabi-Hakoah FC, with only their division 2 team recording a win, by 2-1 over the Heffron Hawks.

Their goals were scored by Jonathan Solomon and Mark Filler, and the win moved them up to sixth, only two points behind fourth.

The only other bright spot for the Blues was a 2-2 draw by their Over-45 division 1 side, against Maroubra, with Alistair Jacque and Igor Likhorovitch scoring a goal each.

The club’s Sunday division 1 team conceded three goals in the first 15 minutes of their away game against UNSW, and went on to lose 1-6, while in division 3, the Blues lost 0-3 to Dunbar Rovers.

Tight finish to season one

The 18-team ladder is tightening in season one of the Maccabi NSW Monday night tenpin bowling competition, with only two rounds remaining following the long weekend bye.

Kennedy bowled the game of the round, scoring an outstanding 247, while Lang recorded a pair of 199s.

The best contest of the round was a 5-5 draw between first-placed Oldies (Patricia Levy and Raymond Meinrath) and fourth-placed Mighty Underdogs (Natai Hanouka and Ari Baram), which took the former to 95 points, and the latter to 85.