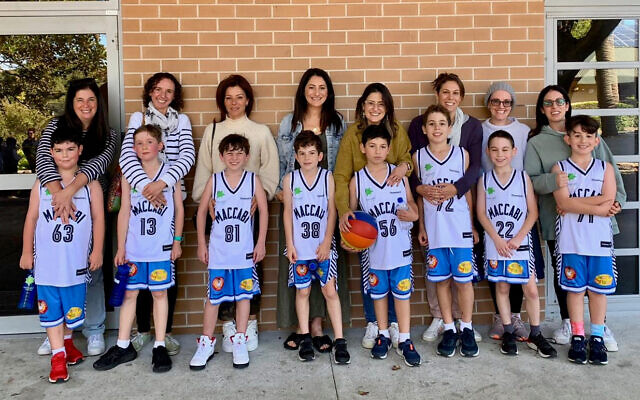 Maccabi NSW U12 Clippers players with their mums before their Easts Basketball League match on May 8.

Many Maccabi NSW Basketball junior teams, including the U12 Clippers, celebrated Mother’s Day in round one of Easts Basketball League’s term 2 season by inviting players’ mums to join their children in team photos.

The fourth-placed U14 Warriors lost by 19 to minor premiers KHY Cosmics, the U18 Heat had a narrow 30-36 loss to the Reddam Grizzlies, and the U16 Rockets lost by 14 points to MPB. 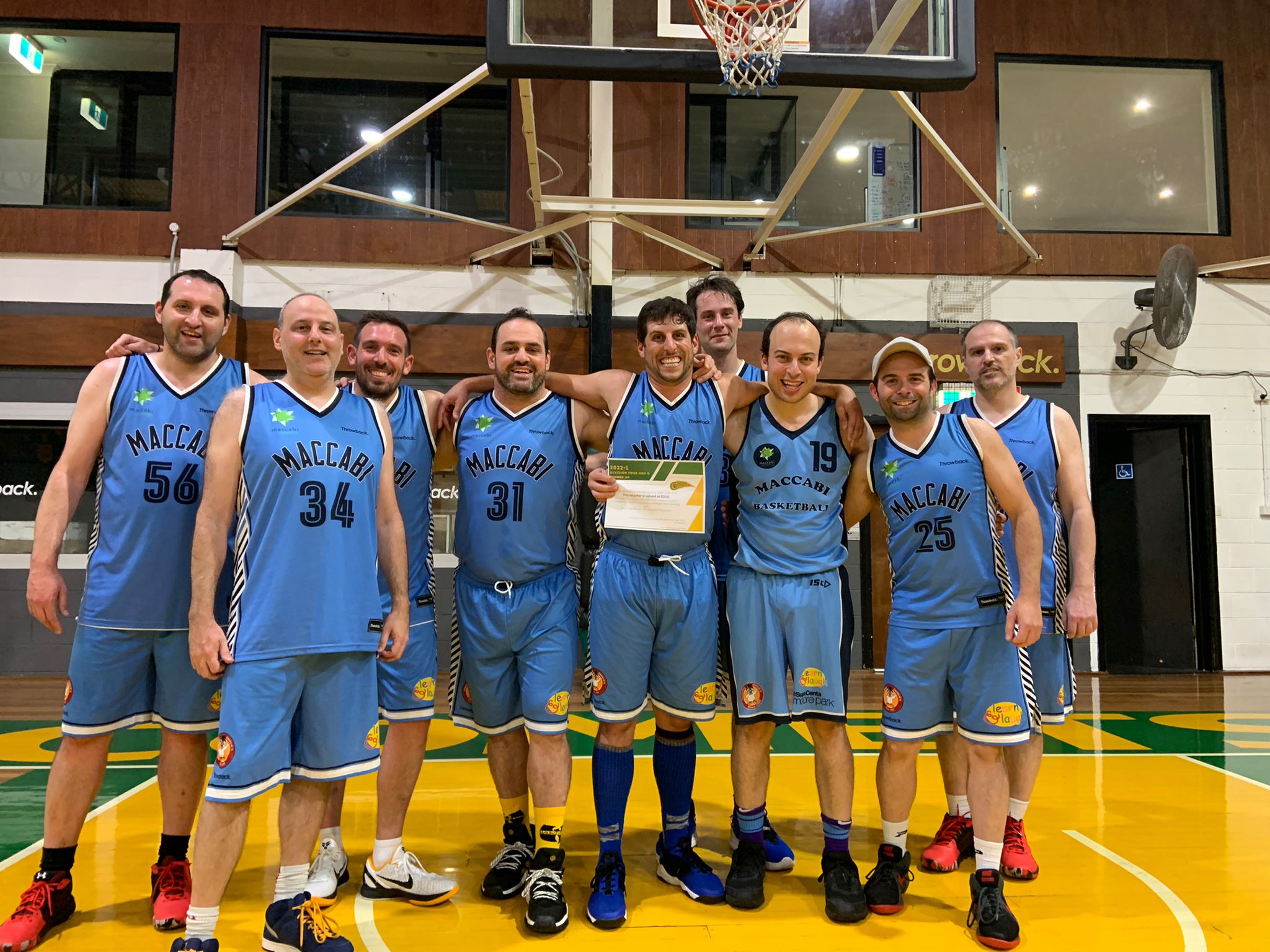 The Maccabi Benny’s Ball men’s masters team that finished runners-up in season one of the City of Sydney Basketball Association competition.

The Maccabi Benny’s Ball men’s masters team (pictured) lost their City of Sydney season one grand final last Sunday 31-43, but they battled hard against the top-placed Inner City Spartans, and only a last quarter slump denied them an upset victory.

They led 7-0 early on with some inspired play, before Inner City hit their straps to even the score by half-time.

An early burst in the second half saw Maccabi jump out to a 28-21 lead, but from there, their scoring opportunities dried up as the Spartans went on a 17-0 run that put the result beyond doubt.

In the Easts men’s competition last round, Maccabi-Hakoah’s Sunday division 1 squad was down to 12 available players and faced ladder leaders the South East Eagles, but managed to pull off a memorable upset 3-2 win.

A brace was scored by Nathan Schwartz, and one goal by Jeremy Morgenstern.

The Blues’ Saturday division 1 team was also decimated by injury and illness, and had to borrow two players from division 3 to even field a side. Despite that, they almost pulled off a miracle win when a goal by Simon Weiss gave them an early lead over the Heffron Hawks. But a successful penalty attempt by the Hawks, and a late second half goal, saw them prevail 2-1.

In division 2, Maccabi-Hakoah posted their first win of the season after consecutive draws. They beat Dunbar Rovers 3-1, through goals by Giora Glick, Jonathan Solomon and Gilad Hersch.

In over-45s division 1, Maccabi-Hakoah won by forfeit to remain on top of the table, and in division 3 the Blues lost 1-3 to the South East Eagles.

It was a memorable weekend of racing in the Hunter Valley late last month for Maccabi NSW Cycle and Tri club member Brayden Bloch.

He went on the attack early in the 85km U19 men’s Orica Road Race on April 30 to create a breakaway group of seven riders. In the sprint finish, Bloch placed second.

The talented teen then won another silver medal in the U19 NSW State Criterium Championships on May 1.

Bloch executed a smart race strategy to put himself in contention to win in the closing stages, but fell short of first place by just one bike-length.

More than 150 people took part in the Maccabi NSW Colour Run at Rushcutters Bay Park on May 1, including many families (pictured below) and even their pets.

Organised by Maccabi Life, a highlight was an appearance by the 2022 Maccabiah Games replica torch.

More than $1500 was raised at the event to support Australia’s junior Maccabiah Games athletics squad. 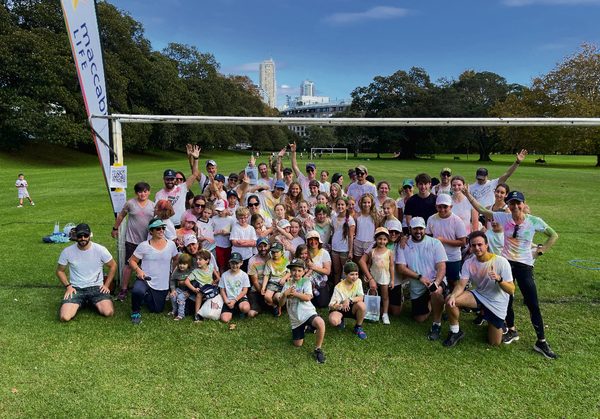