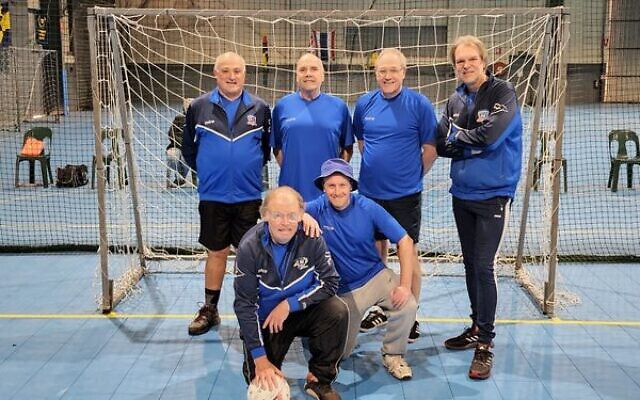 Maccabi FC Caulfield's 'walking football' team that travelled to Bendigo to play a University of the Third Age side.

Six members of the Maccabi FC Caulfield (MFCC) “walking football” group travelled to Bendigo on May 6 to play in two friendly matches against Bendigo University of the Third Age on an indoor futsal court.

Walking football is a modified, low impact form of the game that makes the sport accessible to older players, people with mobility issues, and players slowly returning from injury.

MFCC president Kevin Milstein said the club hopes to host their opponents from Bendigo in the future, and also arrange more playing trips across Greater Melbourne and the regions.

Maccabi Victoria Golf hosted the 2022 Kleid-Gordon Shield at Cranbourne Golf Club on Sunday, May 1, featuring a mix of new and familiar faces, some promising juniors, and two members of Australia’s open men’s golf team for the Maccabiah Games in July – Shane Feldman and Darren Blair.

The Cranbourne course was in top condition, and the weather perfect for competitive golf.

Myra Goldman was the women’s winner on 39.

The junior award went to Darren Blair who scored 37 points, playing off a handicap of 2.

The overall Kleid-Gordon winner was Shane Feldman on 39 points off a handicap of 2.

Feldman won on a countback over Colin and Myra Goldman. 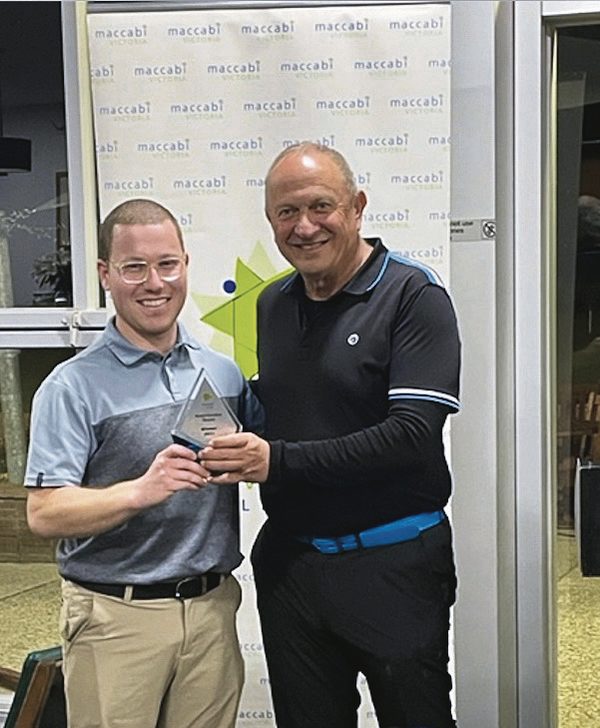 Three of Maccabi Victoria Table Tennis Club’s teams have qualified for the upcoming table tennis pennant season one preliminary finals at Melbourne Sport and Aquatic Centre by finishing in the top 4.

And in division 3, the Maccabi Nets (Rohan Woolf, Mark Levin, and Andrew Shostak) qualified for the finals by coming third.

Meanwhile, Table Tennis Victoria’s state selection panel met to select the state teams that will compete at the 2022 Australian Table Tennis Championships to be held in Caloundra, Queensland, in July.