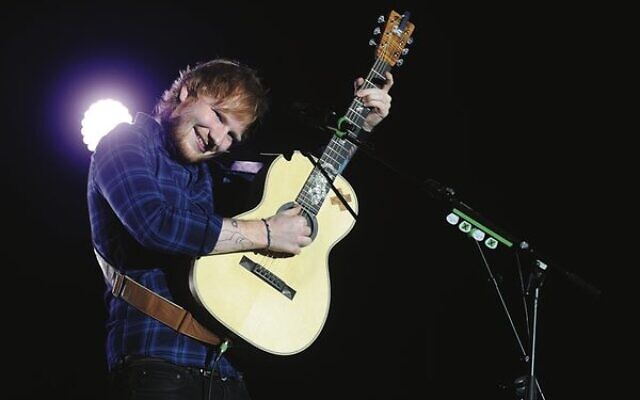 “I wish that heaven had visitin’ hours, so I could just show up and bring the news…”

These are the opening words of British singer-songwriter Ed Sheeran’s Visiting Hours. The song, about the loss of Michael Gudinski, was penned during Sheeran’s two-week mandatory quarantine on arrival in Australia earlier this year. Sheeran performed it at the state memorial service for his friend and mentor.

Referring to Mushroom founder and the father of Australian music, Gudinski, as “a tornado of joy” on social media, Sheeran says performing Visiting Hours on stage was poignant.

“I have a very vivid memory of being in his house in Port Douglas at about three in the morning, both on deck chairs, and I played him this song – Castle on the Hill,” Sheeran said at the memorial, knowing it was one of Gudinski’s favourites.

“He must have misheard the lyric wrong because he started, from that point, screaming at me whenever he saw me, ‘We were younger then’. I never told him it was actually, ‘I was younger then’…” Sheeran said as the audience erupted into laughter.

Sharing Visiting Hours on Instagram, Sheeran said he “finished writing this song going through proper grief for the first time.”

Mourning his friend, Sheeran sings, “Everyone I love will know exactly who you are…”

Sheeran recently announced that his new album, = (Equals), to be released in October, is dedicated to Gudinski.