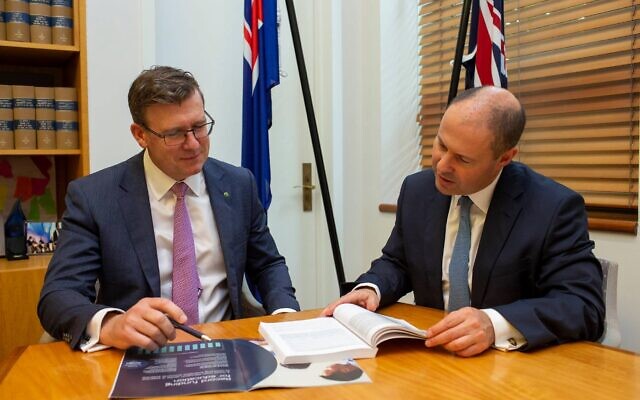 During the Zoom hosted by president of the Zionist Federation of Australia (ZFA) Jeremy Leibler, Tudge told his audience that the IHRA definition is currently being considered by the Morrison government and that he is “determined to see this implemented and adopted as government policy” – hoping that it would then be adopted by key institutions, including universities.

Tudge went on to note that while the public universally calls out “filthy antisemitism” from the far right, his “equal concern to that antisemitism is the antisemitism which is emerging very rapidly and very aggressively, from the left”.

“Instead of it being done in the dark, at night when no one’s watching, it’s often done quite proudly, as if it’s a virtue signal from some on the extreme left,” he commented, recalling Melbourne barrister Julian Burnside’s recent tweets equating the actions of Israel to those of the Nazis.

Tudge recognised universities as a channel for what he called antisemitism “under the cloak of anti-Zionism”.

Acknowledging the discrimination some Jewish students experience on campus, he added that anti-Zionism is “the same as any other form of antisemitism”.

He said his greatest concern is that this “open left-wing antisemitism starts to infiltrate more broadly into our mainstream political parties”, suggesting that it already has in relation to the Greens and is starting to creep into the Labor party, noting what happened with the Labour Party under Jeremy Corbyn in the UK.

Asked whether the federal government is looking into implementing an external complaints mechanism for the ABC, especially due to its track record on Israel, Tudge said, “The complaints process does need to be improved,” calling it “a farce”.

One attendee queried the potential for the banning of the swastika nationally, to which the minister replied, “That hasn’t hit my radar,” doubting that the federal government would have any jurisdiction over such a ban.

The former Rambam fellow handballed a question about a free trade agreement with Israel to Sydney Liberal MP Dave Sharma, who said the government has started discussions about feasibility but negotiations have not yet begun.