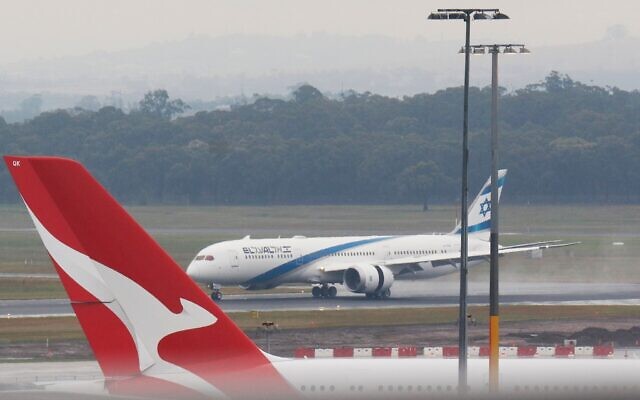 In the wake of hopes that an opening of Saudi airspace may mean direct flights from Australia to Israel, the CEO of El Al has announced a route between Melbourne and Tel Aviv is indeed part of the airline’s plans.

Dina Ben-Tal Ganancia told the Google Travel & Tourism Conference in Tel Aviv on Monday El Al is looking at direct Melbourne flights that were first mooted before the pandemic.

“The Abraham Accords have opened up various exciting possibilities, El Al is analysing the potential of new routes to Tokyo, Dublin and Melbourne,” she said on LinkedIn.

With the planes no longer having to circumvent the Arabian peninsula, the flight would take just 15 hours.

“This removes barriers to travel for many Australian Jews allowing them to see family and the birthplace and living home of Jewish civilisation,” he said.

“Ending the long slog of upwards of 24 hours travel time will also enable more Australians to discover one of the most remarkable countries in the world which will have dividends for tourism, business and advocacy.”

Zionism Victoria president Yossi Goldfarb said, “The opportunities for enhancing business ties between the two countries would be incredible, while the Jewish State would become infinitely more accessible for members of our community and for travellers … from the wider community.

“If the proposal does come to fruition … communal enthusiasm for the flights – like El Al’s planes – will really take off.”

El Al did operate two direct flights to Perth and Melbourne in 2020 in order to repatriate citizens. But without access to Saudi airspace, the flight to Melbourne took 16 hours and 24 minutes.