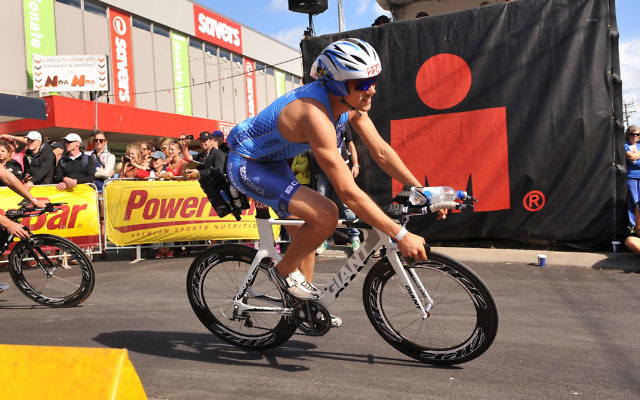 AUSTRALIA is taking its largest ever triathlon team to face the heat at the 19th Maccabiah Games in late July.

The squad, which is in red hot form, is coordinated by Maccabi triathlon legend Anne Besser and headlined by Bondi lifeguard Adriel Young.

Young will use the Games as preparation for the Ironman World Championships in Hawaii in October.

There have been some impressive performances in the build-up to the Games, with Sara Gentin and Lynne Berson having fared well in lead-up events.

Other notables include Alan Kaplan, Michael Besser and Deborah Shapira, who all produced stellar results in the Sydney Morning Herald Half Marathon.

Michael Besser, 67, says his age is no barrier to tackle the inaugural endurance challenge.

“It sounds crazy for an old man, but I did my first ironman event at the age of 65 and feel my training will see me through it,” he said.

Meanwhile, former Olympian Sean Bloch will guide Australia’s cycling team to glory at the Games, bringing with him a wealth of experience as a top-level rider.

“Maccabiah to me has always been the one part of unfinished business in my cycling career,” Bloch said.

The South African-born skipper, who competed at the 1992 Barcelona Olympic Games, believes his four-man squad could come back with the team medal.

“We have a strong side and we have a chance in the team competition to do really well,” he said.

“We’ve been discussing tactics for a while, and we all have an idea of what our roles will be,” he said.

“Obviously during the race things can change, but we have a pretty good idea of what we’d like to see happen.”

Bloch will take three other riders from NSW to compete in both the 30km time trial and the 96km road race, including Craig Rochat, Randolph Baral and Alex Lehrer.