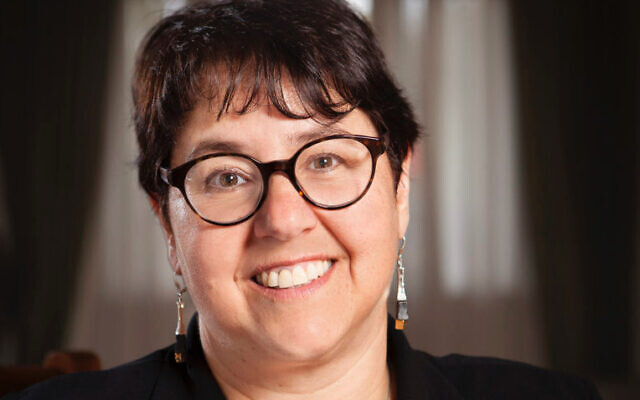 AN injection of youth will help to revitalise the National Council of Jewish Women of Australia (NCJWA)’s federal board, newly installed president Melinda Jones said this week.

The scholar, feminist, human rights lawyer, disability advocate and Jewish educator, who was elected to the top post at the organisation’s AGM on July 15, told The AJN she is “genuinely excited” to start making a difference.

“I’ve got a team of people with a great range of backgrounds who are all interested in changing the world for a better place,” she said.

Speaking of the youth on the board, she said they bring “a wealth of experience that is quite different”.

“We have a diversity of people, we’re across different generations and this is just going to be incredible because we’re going to talk about the same subject and each have such a different life experience,” she said, adding a larger number than ever before were actively religiously involved in different streams of Judaism.

Explaining that the national body’s function is advocating for and educating women, men and the community “about matters pertaining to women and matters of social justice”, Jones said in addition to it also bringing together the sections who do the work on the ground, “we hope to be involved in the conversation and to look at informing and working in the community to advocate on behalf of women”.

Describing the national body as having been “affected very much by COVID”, she said, “We’ve really got to revitalise our energy and reinvent ourselves.

“The previous board under Negba Weiss-Dolev, who did a fantastic job, oversaw a strategic plan to bring us well into the 21st century.

“But we’ve also got to bring, with our revitalised younger group of people, a new energy to the community.”

Jones, whose involvement with NCJWA began 10 years ago as the editor of its bulletin, said she brings her passion for education to the role.

“If we want to improve the world … we firstly need to know and understand what’s going on in the world,” she said.

Having adapted to using technology to connect with one another due to COVID-19, she said there was an opportunity to bring to smaller communities “some great speakers and really dive deep into some of the issues that affect us as women in the community”.

While excited for the opportunities ahead for the organisation, she clarified, “It’s going to take time to do this well.

“I don’t want to rush in, I’m not going to suggest to anybody that overnight we’re going to be out there; we’re going to take our time to do it properly and professionally.”