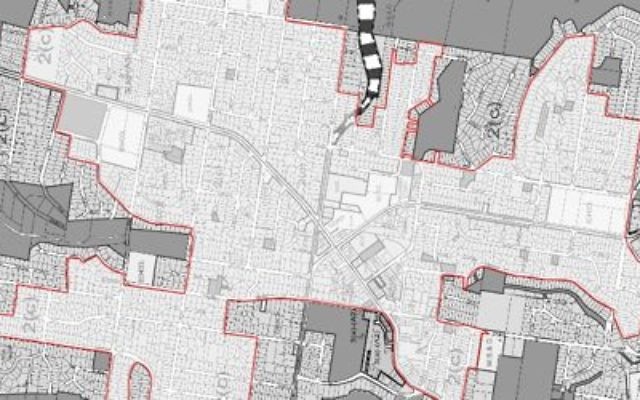 FOR the second time in less than a year, Channel Nine’s A Current Affair has run a story about the North Shore Eruv and for the second time, hateful comments have been posted on the television show’s website.

According to the caption next to the “Jewish controversy” report on the program’s website, Orthodox Jews are “trying to turn the area into a religious enclave” by establishing the spiritual boundary around St Ives.

A majority of postings on the site were from viewers against the establishment of the eruv, but some went further than merely expressing their opposition.

“That’s a green light for the Muslims to bring in sharia law,” wrote one person. “Claim back Israel before you claim St Ives.”

Another posting said there was no room for Orthodox Jews in Australia if they needed an eruv. The writer said: “I can’t believe this is really happening in Australia!! If these people want to follow there own traditions, then go back.”

A third posting said, “The Jews have to abide by the Australian way of life and respect that. Not good enough. Get out.” Another wrote, “Goodbye Australian culture if this is allowed.”

A fifth posting claimed, “Start with a string, follow with an MP and end up with a wall soon enough. Send them back to Israel before it’s too late.”

NSW Jewish Board of Deputies CEO Vic Alhadeff said it’s disappointing that so many viewers used the story to attack Jewish people.

“While a lack of understanding of what an eruv is about is to be expected, the bigotry that is evident in some of the responses is despicable,” Alhadeff said. “It’s a sad day when a concept which has negligible impact on others is greeted with such intolerance and hostility.”

Ku-ring-gai Council is expected to decide the fate of the North Shore Eruv on April 6.