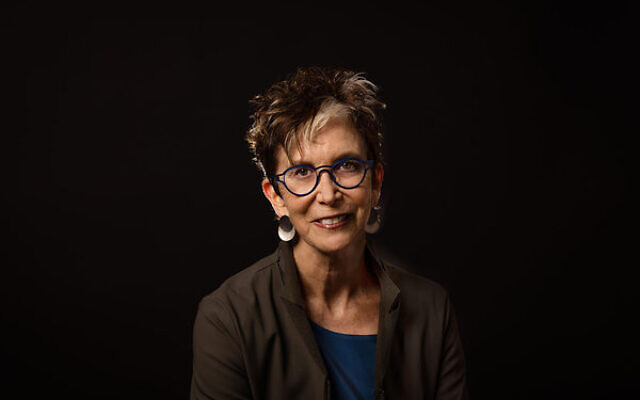 Barbara Kamler has always been fascinated by long love.

So, she set out to write a book about it. But not just any book. Her latest novel Love, Regardless, is a collection of poetic portraits, syllabic verse and rhythmic vignettes, telling the story of 14 couples, including three from the Jewish community, who have lived and loved together for at least 20 years.

The book shares their stories of how they sustained their love despite the obstacles that life so often throws everyone’s way. As Kamler writes, “As a culture we are inundated by romantic narratives which dramatise the passionate beginnings of young love and/or detail its devastating, torturous endings. But what about couples who survive the years together and remain committed, devoted? What do we know about their stories outside stereotypes of the stale, faithful or boring?”

The Melbourne-based social science researcher, who was most recently a professor at Deakin University, is originally from New Jersey. As she told The AJN, “I came to Australia in 1972 for two years.” Yet, she’s still here.

While Kamler retired from full-time professorship, she said her research experience was a big help in interviewing couples.

“Academic writing tends to squeeze the poetry out of you,” she explained. “One of the interesting things about this book is, in a way, it does bring together those two aspects of my life because I really was very keen to explore this idea of love that lasts, rather than new love or love that crashes. I used my skills as a social science researcher to interview people.”

Kamler said the beautiful thing about the interview process is that the informal chats would happen at the kitchen table, and often, it’s almost as if she would disappear.

“I kind of became irrelevant, and they’d start talking to each other,” she recalled.

“They’d get into this conversation with themselves in the pleasure of looking back at where they’d been from now.”

Rather than straight prose, each story is written as a syllabic poem, something that is very close to the spoken word. Following each conversation, Kamler transcribed each interview and turned the couples’ words into rhythms of speech – she tried to stay true to each couple’s way of speaking, including their intonation, syntax and pacing.

Kamler writes, “When the banalities of everyday speech are removed – the fillers and hesitancies, the bland verbs, the occasional flat vernacular – it is easier to access the energy of each speaker. And when poetic devices are called on to further enliven that speech through alliteration, refrain and internal rhyme, it creates both illusion and the enhancement of a truth already there.”

It’s not easy creating syllabic verses. Kamler had to painstakingly figure out how many syllables would be in each line and then match it to the next. It’s a process that Kamler jokingly refers to as “tortured”.

“Every line poem must have the same number of syllables. So, you get to the end of the line and you’re supposed to have 12 syllables, but you’ve got 13. What do you do? You’ve got to change a word and then you change that word, the next line changes and the next line changes. So, it ends up being a kind of container that forces you to pay close attention to the language and the rhythm, and try and stay true to the way people speak,” she explained.

“I ended up with these rhythmic vignettes, really, poems that sound like the way people speak and is based on a lot of what they said, but has been crafted and modified and pushed around to make it work and be pleasant to read.”

While Kamler acknowledges that syllabic poetry is tricky to write, she said she has always relished playing around with language. “I really enjoyed the discipline and the work of crafting to that more intense form.”

Love, Regardless took Kamler almost four years to complete. But the topic was such a passion project for the author, that she didn’t mind one bit.

“I was very excited in the early interviews about how people met. I still think it’s a bit of a miracle, two people come together and stick,” she said. “But as I conducted more interviews, more things were coming out about sustaining love over time and the complexities that always come up – chronic illness, geographic distance, demands from family – that were difficult to negotiate. Really big issues, and yet, they managed to sustain themselves as a couple over time.”

Many people’s understanding of long love is that it’s predictable, it’s stable. But what Kamler hopes to portray with her book, is that long love is the love of fairy tales. It’s the decision to commit each day to the same person, regardless of what life is throwing your way.

“I hope to evoke a sense of optimism, about the possibility of love lasting, what that might mean with all its complexity. In really difficult times … there is a joy and pleasure of sustaining what’s possible. A lot of people do it. They don’t break under difficult situations.”

Love, Regardless is published by Hybrid Publishers, $25 rrp