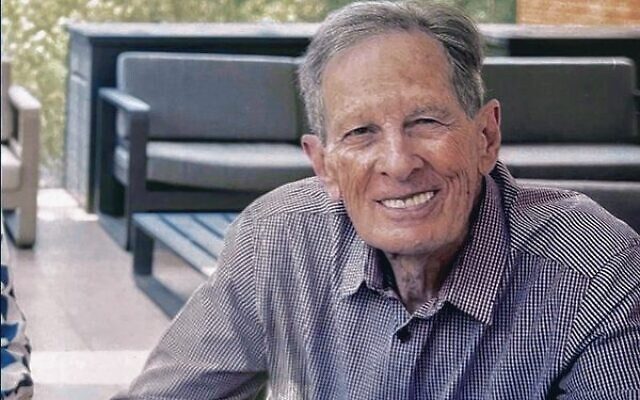 THE passing of educator Elliot Wolf in Johannesburg has been felt 11,000 kilometres away as South African immigrants in Sydney and Melbourne mourn his loss.

Wolf spent 33 years at the school as a teacher, deputy headmaster and then headmaster. After retiring, he led the King David Schools’ Foundation, a role that saw him travel the world, including visiting Australia.

An online memorial video produced by the foundation aired earlier this month and a Facebook page filled with tributes was established in the wake of his passing.

Twin brother Jeffrey, also a renowned educator, described him as “a legendary icon of Jewish education”.

“I feel as if I have lost a limb … a part of my heart has been excised,” he said.

Australian Friends of the Hebrew University CEO Robert Schneider, who attended King David High School for all his schooling, said he was devastated by Wolf’s passing.

“To refer to Elliot as a mensch and tzaddik is understating just what an amazing man he was,” he reflected. “We are so much richer for having had Elliot in our lives.”

Melbourne-based Hebrew teacher Loren Gaddie said the world “has lost an outstanding human being who touched the lives of so many”.

“He was a true mensch – an honourable individual whose integrity knew no bounds,” she recalled.

“He had a brilliant command of the English language and was able to communicate with everyone, no matter who they were. He knew every student and every teacher and he cared. He was an incredible role model for me as I pursued a career in teaching. He made a difference.”

“By personality we are a little different” – Jeffrey WolfWatch the story of King David’s legendary, twin headmasters here: https://www.youtube.com/watch?v=A4QGAMS3lDA&feature=youtu.be To donate to the King David Schools’ Foundation, in honour of Elliot and Jeffrey Wolf’s contribution to Jewish Education, go to kdsf.org

Communal personality Gary Samowitz said, “Elliot Wolf played a huge role in my growth and development. He believed in me.

“Last year, I helped organise my 20-year school reunion and it was wonderful spending time with him reminiscing about school. He was a dedicated leader, educator and role model to generations of students.”

King David Schools’ Foundation executive director Raelene Tradonsky twice visited Australia with Wolf, who she described as a “remarkable man who was our mentor, colleague, and loyal friend”.

“South African Jews are famous for their hospitality and warmth, so you can only imagine when this is combined with the sincerest admiration, respect and love of a former teacher and headmaster, that we were treated like royalty,” she said.

The Elliot Wolf Legacy Fund has been established for children on welfare to receive a King David education. Australians can make a tax-deductible donation through the Chai Charitable Foundation.

To make a donation, visit kdsf.org/donate/donate-australian-taxpayer/