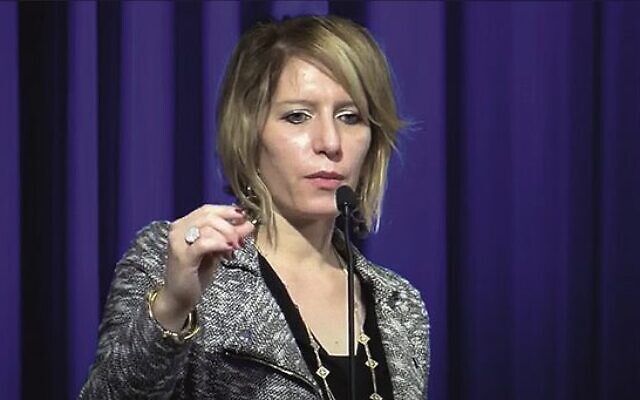 EARLIER this month, Israel designated six Palestinian human rights non-government organisations (NGOs) as terrorist groups with ties to the Popular Front for the Liberation of Palestine (PFLP), which is deemed a terrorist organisation by the US and the EU and has been responsible for a number of hijackings and deadly terror attacks.

Israeli organisation NGO Monitor has shown that for 10 years, the European Union has granted at least $US45 million to NGOs linked to the PFLP.

Speaking to The AJN from Israel, ahead of her keynote address to UIA Victoria’s AGM this week, Olga Deutsch, NGO Monitor’s vice-president, said NGOs with links to terrorist groups are the organisation’s primary focus.

Deutsch noted that after the death of Israeli woman Rina Shnerb from a roadside bomb while hiking near Modi’in in 2019, five of the 50 arrested were senior officials of Palestinian NGOs professing to work in human rights.

“One of them was actually in charge of detonating the explosive.”

Some of these NGOs ostensibly deal with humanitarian issues, such as women’s and children’s rights, and health services. Some attract EU funding under its objective of transforming the West Bank into a civil society with a democratic culture.

However, Shin Bet, Israel’s security agency, this year exposed an NGO network that was diverting humanitarian aid funding from Europe to the PFLP.

NGO Monitor was the first organisation to uncover ties between NGOs and the PFLP, triggering a public campaign by the European Parliament and its Foreign Affairs Committee to closely vet its funding. She said that in the past two years, the EU, and the Netherlands and Belgium governments, have begun investigating funding diversions.

Deutsch said under President Joe Biden, US funding of Palestinian NGOs has again become problematic. While USAid, the US Agency for International Development, “tends to have the most stringent vetting mechanisms”, the US plans to allocate $US250 million over the next five years to Palestinian humanitarian projects through NGOs “so it is paramount that we have this discussion in the US context as well”.

A specialist in advocacy and developing strategies, not only to expose ties between NGOs and terrorism, but to counter attempts to delegitimise Israel through BDS and antisemitism, Deutsch works with elected officials globally and serves on the extended executive of the World Zionist Organisation.

“I feel fortunate that I can contribute just a tiny little bit to defending the State of Israel,” she said.

UIA Victoria will hold its AGM on Thursday, November 25, at 7.45pm via Zoom. To register, visit events.uiavic.org/21AGM.