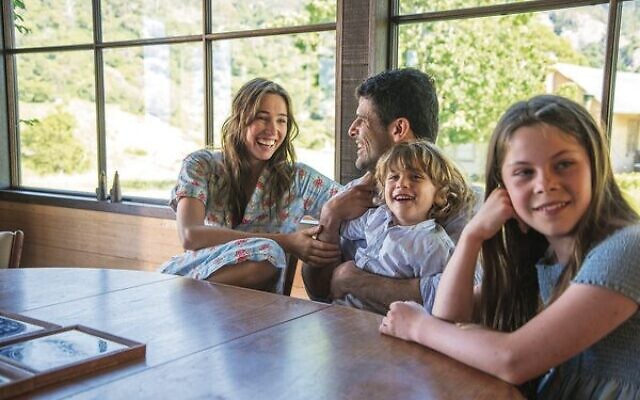 While Celina Stang was on a gap year, she spent three months as a fisherwoman on the Sea of Galilee and sailed down the Nile in Aswan on a felucca. These were life-changing adventures for the filmmaker.

“I wanted to be Che Guevara with a camera and felt that drama was the superficial side of cinema,” Stang told The AJN. “However after being captivated by an interview I had done with a former homeless girl in a favela in Rio, I was inspired to tell her story and wrote my first script, impassioned by the notion of recreating real life in features.”

The Masada College alumna has always had a creative side, working in production and direction, earning stripes on Alex Proyas’s Mystery Clock Cinema roster, and directing ARIA-nominated music videos for some of Australia’s most popular indie artists.

Through everything, she continued to write Mother Mountain, her debut feature, which follows the journey of a restless and emotionally fragile mother of two, Selene, and her young Jewish family as they relocate to an idyllic rural property in south coast NSW, at the base of a mystical mountain and sacred Aboriginal site, known as Gulaga, or Mother Mountain.

Selene is “closely and unapologetically” modelled on Stang. So closely modelled in fact, that actor Emilie Cocquerel was wearing Stang’s clothes.

“My script explores questions I had around the impact of the Holocaust on interpersonal dynamics in my family around control and paranoia,” Stang explained.

For Stang, Selene breathes truth and life into “a character full of flaws, idiosyncrasies and emotional volatilities” and explores the filmmaker’s own fascination with “the magic of motherhood, connection to country, and the dysfunctional ripples that genocide trauma can have on families”. 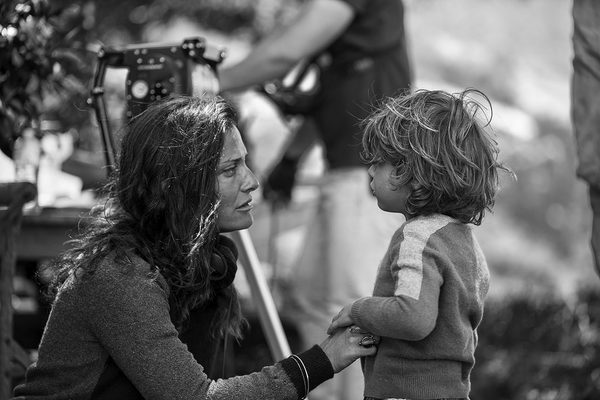 According to Stang, Mother Mountain is the first time Jewish and Aboriginal trans-generational trauma has been explored in cinema.

“I had been shown by the daughter of a local Elder the bones in Bodalla, the site of a local massacre. And it got me thinking, as the granddaughter of four Holocaust survivors what is in common that made us singled out for persecution.”

Stang and her family moved to the Yuin lands a couple of years ago, partly to escape the increasingly intense COVID-19 lockdown, but also to experience what the filmmaker refers to as “the slower and more nature-connected lifestyle… Amazingly, we moved south and began to live the life narrated in the screenplay, an unexpected ‘life imitating art’ scenario.”

What was special as well, is that the Sapphire Coast was an area that was hit very hard by the NSW bushfires, so after the trauma, the film brought an amazing sense of pride to the community as the beauty of the area was broadcast for the whole world to see.

Stang brought on acclaimed cinematographer Radek Ladczuk saying it was crucial to capture the haunting beauty of the place and its people, and have someone on board who she trusted, both emotionally and in his artistic ability.

“We just have this natural shorthand, he gets it. He’s also a very receptive and egoless person which… was so important to me on my first feature. Also we were working a lot with children and emotionally charged scenes, so this sensitivity was a prerequisite,” she explained.

Mother Mountain was named Best Narrative Feature at the Cannes World Film Festival and has been acquired by Qantas, which are both things Stang is incredibly proud of, not to mention its release nationally in Australian cinemas.

“I believe it’s important to face your demons both as a way to resolve family conflict and hurt but also as a pathway to addressing historical persecution as a community,” she said. “If this story can help somebody find their own healing forgiveness or a new sense of belonging to country and family, it will all be worth it.”

Mother Mountain is now in cinemas across Australia