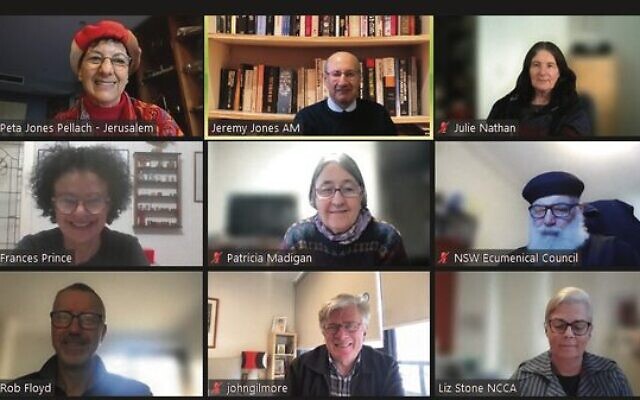 Meeting of the Australian National Dialogue of Christians, Muslims & Jews.

The Australian National Dialogue of Christians, Muslims & Jews’ 59th meeting demonstrated the growing strength of the relationship between representatives of the peak bodies of Australia’s Jews, Muslims and Christians.

“With regular meetings a number of times in each of the past 20 years, there has not been a session in which delegates have not learnt from each other and explored ways of better cooperation in the interest of all Australians,” leader of the Jewish delegation, Jeremy Jones, said.

This meeting explored theological and practical questions relating to our relationship with the environment, divine reward and punishment, and personal and communal responsibility for the behaviour of our society.

The Executive Council of Australian Jewry (ECAJ) delegation included a special guest, Jerusalem resident Peta Pellach, who was part of the original ECAJ delegation prior to making aliyah. Combining wisdom from Midrashic sources and the Tanach, she brought tremendous learning to the meeting.

Another insightful and powerful presentation was made by the Rev John Gilmore of the Churches of Christ, who has recently become president of the National Council of Churches in Australia (NCCA). He challenged all present to read and take seriously biblical and other religious teachings.

Zubeda Raihman, representing the Australian Federation of Islamic Councils (AFIC), demonstrated both the similarities and differences in biblical and Quranic approaches to obedience to divine directives and issues relating to ecology and sustainability.

In addition to Jones and Pellach, the ECAJ was represented by Melinda Jones, the president of the National Council of Jewish Women of Australia; Frances Prince of the Jewish Community Council of Victoria; ECAJ research director Julie Nathan; and Rabbi Jacqueline Ninio from the Emanuel Synagogue.