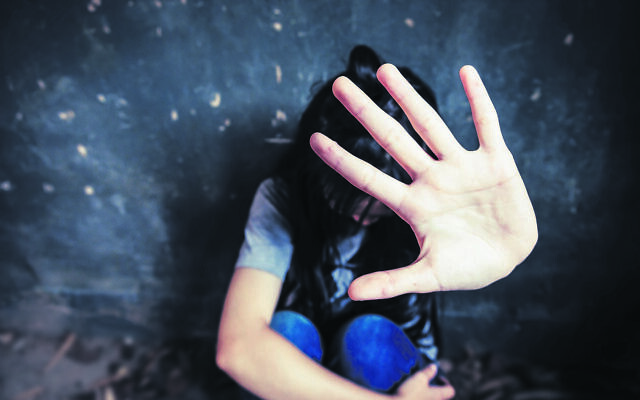 In Australia, it is estimated that one in four women have experienced physical violence by an intimate partner.

A few years ago, my son attended a bar mitzvah program at his school called “Man Up”. The graduation dinner function was very impressive as the boys demonstrated and discussed the powerful lessons learned.

What struck me was how they completely changed the traditional, outdated and often dangerous concept of manning up. By definition that is about being “brave or tough enough to deal with a difficult or unpleasant situation”. In other words, the idea that you have to man up and take it.

The “Man Up” program upended that concept. Instead, they were taught that manning up meant taking responsibility for themselves and the world around them. But it went further to incorporate displaying kindness to all creatures, being mindful of their actions and appreciating their Jewish heritage.

I was reminded of the importance of this shift in thinking, as this month marks the International Day for the Elimination of Violence against Women.

One simply needs to read reports about the ongoing scourge of domestic violence and abuse to understand its scale. As Victoria Police chaplain, police members often tell me that most of their response calls are related to domestic violence.

Domestic violence does not discriminate. Racial/ethnic, socioeconomic, religious, geographic and occupational groups are all affected. And the Jewish community is not immune. There are many types of domestic violence, including intimidation, verbal, physical, financial, emotional and sexual abuse, and gett refusal.

It has been my privilege to participate in Jewish Care Victoria’s Walk Against Family Violence for a number of years and I intend to do so again this year. During the march, those taking part hold pieces of paper with the names and ages of those women who have been killed because of family violence that year. That is always a huge wake-up call. Each of these people is a human being. Another story. An entire world.

Our collective responsibility is to prevent more women from becoming statistics. Although men are also subject to domestic violence and this is also unacceptable, the harsh reality is that women are disproportionately affected.

Each of us has a role to play. The idea that it is “someone else’s problem” is unacceptable. How can we continue to work towards a day when we no longer need such a day? Many organisations have been working tirelessly on this subject. Breaking the stigma is a recurring theme. It is shocking how stigmatised this topic still is.

I officiate marriages of young couples and we have classes leading up to the wedding. We talk about shalom bayit – the ideal home. We hope relationships are nurtured and respected in this harmonious home. The possibility of a different reality seems unimaginable.

However, these are ideals, not reality. It is important to create a safe space for women to report abuse and feel comfortable in coming forward. They should not be judged or spoken about for taking that brave step. We must also call a spade a spade. It is primarily a men’s issue. While women suffer from it, we need to put the blame on the perpetrators and not the victims.

I know some organisations have created ambassador programs, but I feel that the concept of recognising men as ambassadors is almost like saying men who don’t commit violence or who speak out against it should be recognised or rewarded. The perception is that this behaviour is admirable. No, this should be the only type of behaviour that is accepted. It should be the norm.

Last but not least, I think we should really consider why a man would hurt the woman he claims to love. Institutions, governments, and community organisations all play a role in nurturing the culture of our children and youth. The sports culture, language used in daily life, and the teachings fathers give their sons all need to promote the right attitude and behaviour toward and perception of women.

In the home, at work and in our communities, girls and women deserve to be free from violence, abuse, intimidation and control. We can only accomplish this together and it will benefit not just women, but men, as they will experience better relationships and make stronger emotional connections to those they love.