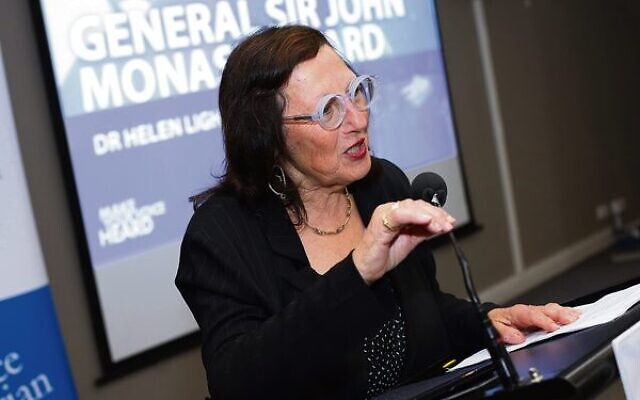 TRIBUTES have poured in after the passing on Sunday of communal icon Dr Helen Light, 73, the inaugural director of the Jewish Museum of Australia (JMA).

Joining the fledgling museum as its administrator after its founding in 1977, she served as JMA’s director from 1983-2010. A museum spokesperson said this week, she “created a space of innovation and expression, truly illuminating an Australian Jewish experience”.

She had been published in a number of journals and books, participating for decades in cross-cultural and interfaith dialogues.

JMA’s current director and CEO Jessica Bram reflected, “I was privileged to work as part of Helen’s team in the earliest years of my curatorial career, and remember with such fondness her dynamic leadership, pioneering museological sensibility, and remarkable generosity of time and spirit.”

Since her time at the JMA, Light had kept up her involvement with numerous projects. Among these, she served as president of the Jewish Christian and Muslim Association in 2017, curated an exhibition for Kadimah in 2020, and assisted the Vietnamese community to establish a museum in Footscray this year.

In a eulogy, her children Marc and Anna Light stated, “On reflection, while it felt entirely natural to us having an executive mother, we realise now what a tremendous role model she was for us.

“She applied the same values of warmth, intelligence and open-heartedness in her familial, friendship, professional and communal life.”

Communal colleague and friend Nina Bassat reflected on Light’s many communal achievements. “That was the public Helen Light. The private Helen Light was loving, kind, supportive, strong and loyal, with her family being her primary focus.”

Judy Fetter, CEO of the Jewish Community Council of Victoria (JCCV), which in 2019 bestowed on Light its General Sir John Monash Award, spoke of Light’s “massive contribution to the Jewish community over several decades. She led with insight and empathy”.

Zionism Victoria (ZV) president Yossi Goldfarb, addressing a meeting of his executive this week, stated, “Her legacy lives on in terms of the Jewish Museum … It certainly is considered one of the best museums in Australia of any kind.” ZV vice-president John Searle, a former JCCV president, described Light as “a rare and inspirational person”.