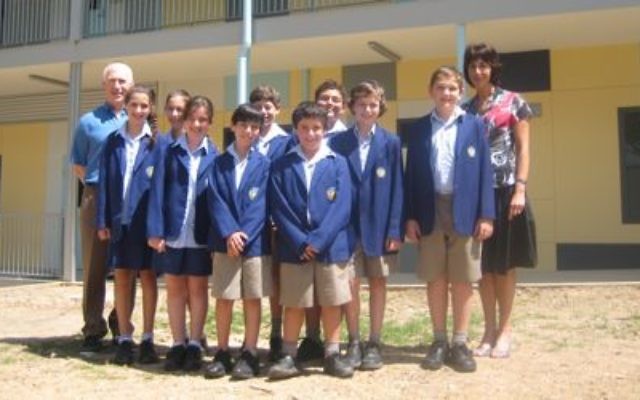 SCHOOL fees have risen again, but Sydney parents are getting a bargain compared to their Melbourne  counterparts.

Australia’s largest Jewish school, Moriah College, has the most expensive year 12 fees of $23,260, despite raising its fees by just 2.9 per cent.

And the other schools in Sydney followed by raising fees an average of 3.9 per cent, while in Melbourne school fees were raised by up to 6.7 per cent.

Moriah’s year 12 fees are also relatively cheap when compared to Melbourne school Mount Scopus, which charges more than $27,000, and King David, which charges $24,373.

Moriah College’s honorary treasurer Stephen Jankelowitz said in a letter to parents that the school was able to keep fees low because more than $10 million was raised in last year’s capital appeal.

“The board of management has made every effort to be able to pass on to the parent body the benefits of the tremendous commitment of parents, family and the community in the recent capital appeal,” he said.

“We have been able to realise some of the future benefit of our land ownership in the 2012 year.”

Masada College school fees, which were raised 4.8 per cent, are marginally more expensive across the 13 years from kindergarten to year 12 because a $1500 security and capital improvement levy is charged to each family, whereas most schools charge less for the fee, but charge every student.

“Although our fees may appear higher, that is because we include camps and all other costs, unlike other schools, so there are no ongoing costs to parents throughout the year. We do our best to keep the fees as low as possible,” Masada principal Wendy Barel said.

Emanuel School principal Anne Hastings said the school was able to raise fees by only three per cent because it has had strong enrolment over the last 12 months.

“The financial situation of the school has been very carefully managed by our board and our business office so that we have been able to keep feels as low as possible,” Hastings said.

“We are aware that some of our parents have been affected by the global financial crisis and we are attempting to keep our fees low.”

The largest increase this year was by Kesser Torah College (KTC), which raised fees by five per cent, but it is still the cheapest Jewish K-12 school in Sydney.

“KTC has a policy that no Jewish child will be denied a Jewish education,” president Meir Moss said.

“Our fee assistance policy is designed to ensure that parents who seek fee assistance are charged what they can genuinely afford. This is calculated according to their level of net after-tax income and number of dependants.”

Mount Sinai College president Tony Snoyman said in a letter to parents that he is proud that the school remains the cheapest Jewish primary school in Sydney.

“The college has always prided itself on the ability to offer parents the lowest fee structure of all the Jewish day schools in Sydney,” Snoyman said.

The total cost of primary school is $82,320, more than $20,000 cheaper then every other Jewish school in Sydney. “We have looked to absorb as many of the cost increases as possible, while ensuring that we continue to maintain a financially viable school for our students.”