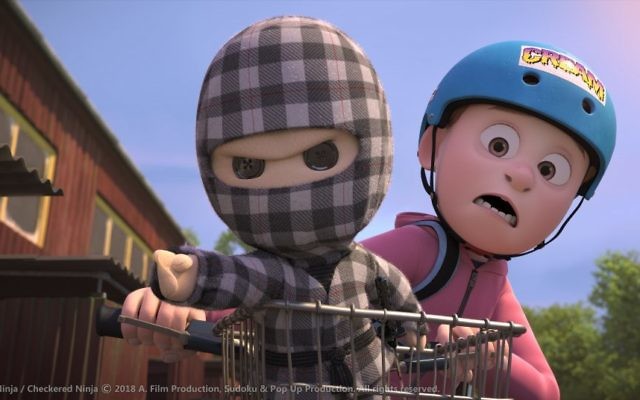 THE Children’s International Film Festival (CHIFF) will be held in Melbourne and Sydney from May 24 featuring premieres for children aged four to 14 from around the world.

The festival is the brainchild of Eddie Tamir, the artistic director of the Jewish International Film Festival (JIFF), who had lamented the lack of big screen offerings for kids outside of the regular school holiday fare.

The festival screens in Melbourne from May 24 to June 10 at the Classic Cinemas in Elsternwick, Lido Cinemas in Hawthorn and Cameo Cinemas in Belgrave.

In Sydney CHIFF runs from May 24 to June 2 at the Ritz cinema in Randwick, which was recently acquired by Eddie and his wife Lindy.

“There is a demand for this type of quality children’s films that are not normally screened in cinemas outside of their home countries,” Tamir told The AJN.

“Growing up, I loved watching movies in cinemas and experiencing that magical feeling, and seeing these kids’ films really connects me to my childhood.”

This year’s CHIFF has a selection of animated movies, feature films and short films.

All of the feature-length films are Australian premieres, selected from leading international film festivals including Berlin, Toronto and Seattle.

“One of our big films for teenagers is the British rom-com Old Boys, about a private school boy dealing with the issues and challenges facing an outsider coming to a private school, ideal for 12+ audiences,” said Tamir.

Enid Blyton’s adventure novels get the big screen treatment in the new German film Famous Five And The Valley of Dinosaurs where the intrepid band of friends turn their talents to searching for a hidden dinosaur skeleton.

The dialogue-free animation film Minuscule: Mandibles from Far Away is set in the world of insects as they embark on adventures that take them from the snow-capped valleys of France to the tropical Caribbean.

“This film is non-verbal and combines live-action photography with 3D animation and animatronics, and is a film that can be enjoyed by children of all ages as it has multiple messages,” said Tamir.

For the 5+ age group, Tamir recommends Checkered Ninja, which was a box office hit in Denmark recently.

Checkered Ninja tells the story of Alex, who received a ninja doll made from chequered fabric for his birthday. Possessed by an ancient spirit, the doll comes to life and helps Alex deal with personal challenges and adventures.

For very young audiences there’s the animation movie Moomins and the Winter Wonderland which follows a Moomin who skips his usual winter hibernation to discover what happens in the world.

On the 60th anniversary of the popular comic book series, Asterix is the French action film Asterix: The Secret of the Magic Potion, which is dubbed in English as Asterix embarks on an adventure.