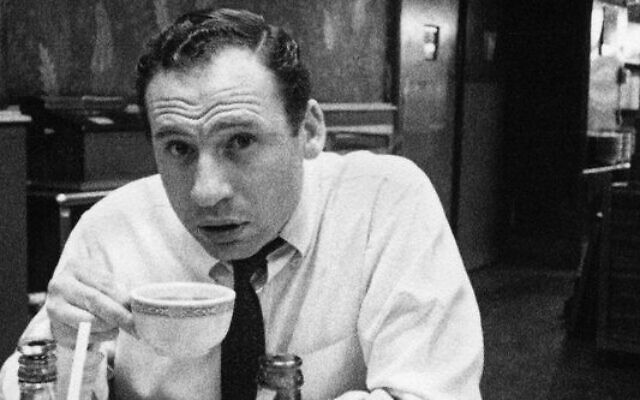 Brooks at the Automat while a writer for Your Show of Shows. Photo: Carl Reiner/courtesy of Film Forum

“THERE was nothing like the coffee at the Automat

Its aroma and its flavour were supreme”

sang Mel Brooks in an original tune for The Automat, which he describes as a “meshugenah documentary” about the restaurant chain where food and coffee were served via nickel-operated vending machines.

Operating in NYC for almost 80 years, it was a haunt of creatives, rich and poor – from socialites to TV writers like Brooks and unemployed actors.

Made over the course of a decade by Lisa Hurwitz, The Automat features reminiscences from an array of personalities.

Colin Powell appears, and so does Elliott Gould. Ruth Bader Ginsburg praises its democratic appeal, since one didn’t need to speak English to order.

Brooks and his late friend and comedy partner Carl Reiner both sheepishly admit that their go-to order was the ham-and-cheese sandwich.

Archival footage recalls how famously cheap entertainer Jack Benny once hosted a gala ball at the Automat, handing every celebrity a roll of nickels as they walked into the establishment in their formal wear.

Lasting until 1991, the chain was immortalised in a New York Times article for the way its coffee stayed exactly the same over the Automat’s decades of operation: “Hot, strong and slightly burned” and never decaffeinated.