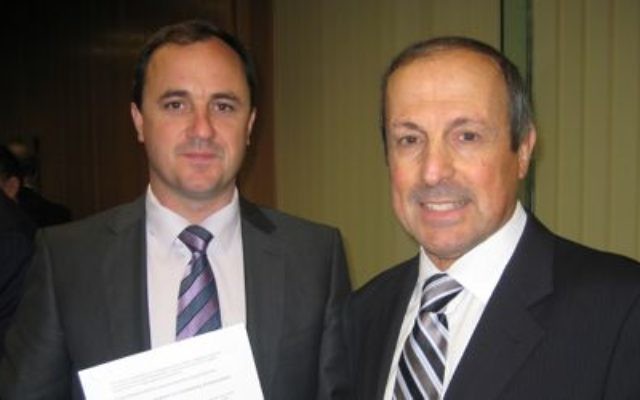 NSW Greens MP Jeremy Buckingham is among around 70 state parliamentarians who have added their signature to the London Declaration on Combating Anti-Semitism in the last two weeks.

Buckingham, who is a member of the NSW Parliamentary Friends of Israel, is the only NSW Greens MP to have signed the declaration.

“There’s a symbolic importance to sign this very important document that condemns anti-Semitism and reaffirms our commitment to stamp out anti-Semitism,” he told The AJN.

“It’s important that all political parties recognise the dangers of anti-Semitism, recognise how disastrous it was in the 20th century, and we have to be mindful to stamp it out wherever it rears its ugly head – in any way, shape or form – in our modern society.”

In contrast with many of his Greens Upper House colleagues who have been critical of Israel, Buckingham said he supported the clause in the declaration condemning the singling out of Israel for discriminatory treatment in the international arena.

“I recognise the State of Israel. I want to see self-determination for the people of Palestine as well, so I think it’s a very fair document,” he said.

Around 50 Coalition MPs and 20 members of the Labor caucus have now signed the declaration.

Meanwhile, on the federal political scene, Attorney-General Mark Dreyfus sent an open letter to Opposition Leader Tony Abbott on Monday requesting the Coalition reverse its stance on repealing Section 18C of the Racial Discrimination Act, in light of the Coalition’s 105 parliamentarians all having signed the London Declaration.

In his letter, Dreyfus drew parallels between two clauses in the London Declaration and Section 18C, which makes it unlawful to publish material which offends or insults a person or group because “of the race, colour or national or ethnic origin of the ­person or of some or all of the people in the group”.

“Section 18C is precisely the kind of legislated protection against anti-Semitism and discrimination that the London Declaration calls on its signatories to enact,” Dreyfus, who is Jewish, wrote.

“To repeal Australia’s existing hate speech laws would unequivocally contradict both the terms and the spirit of the London Declaration.”

“The decision is entirely consistent with the objectives of the London Declaration,” he said.