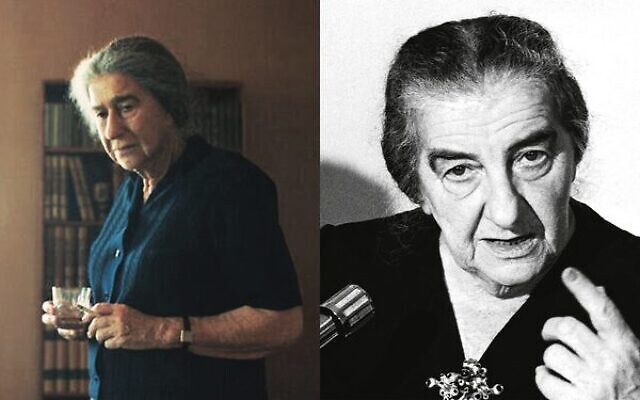 THE first image has been released of Academy Award winner Helen Mirren portraying Golda Meir, Israel’s only female prime minister, in an upcoming biopic set during the Yom Kippur War.

Production on Golda began earlier this year and it is currently being shot in London with a star-studded cast that includes actor Lior Ashkenzi as Meir’s chief of staff.

The film is being directed by Israeli filmmaker Guy Nattiv, who won the 2018 Academy Award for best short for Skin, a film involving neo-Nazis that he later made into a feature.

“As someone who was born during the Yom Kippur War, I am honoured to tell this fascinating story about the first and only woman to ever lead Israel,” Nattiv said.

“Nicholas Martin’s brilliant script dives into Golda’s final chapter as the country faces a deadly surprise attack during the holiest day of the year.”

The news of the new biopic earlier this year followed the announcement of another star-powered production on Meir, a series titled Lioness, led by Israeli actress Shira Haas of Unorthodox fame.

Lioness will follow Meir from her birth in Kiev to her American upbringing in Milwaukee, her role in the formation of Israel and her rise to become the new nation’s first and only female prime minister.

WITH TIMES OF ISRAEL AND JTA