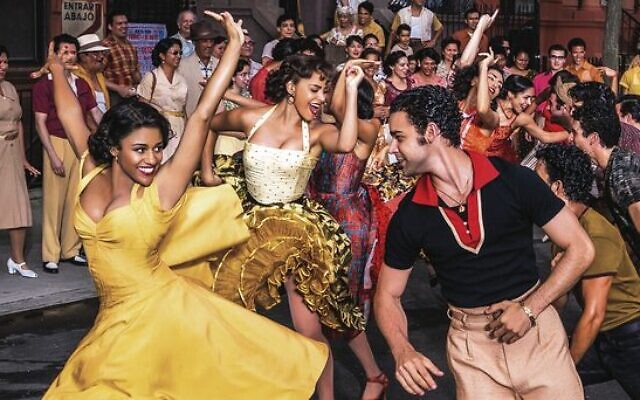 From creators, themes and composers, the Jewish community is ingrained in West Side Story, dating back to the very beginning.

Stephen Sondheim wrote the lyrics, Leonard Bernstein wrote the music, Jewish choreographer Jerome Robbins led the dances, Jewish playwright Arthur Laurents wrote the book and Hal Prince, who was behind Broadway musicals Fiddler on the Roof and Cabaret, produced West Side Story for its Broadway musical debut in 1957. According to The New York Times, it was Laurents who suggested to Bernstein that a co-lyricist “could ease the burden of composition,” leading to Sondheim’s role in the masterpiece. Robbins was originally co-director of the film, but caused the production to go over budget, so he lost the job.

It may not come as a shock that the original working title of the musical was “East Side Story”, focusing on the rivalry between Jewish and Catholic groups in the Lower East Side of Manhattan. The story goes that Maria would have actually been a Holocaust survivor and the conflict was to take place between Pesach and Easter.

It was playwright Arthur Laurents who thought this idea was a bit too similar to the play Abie’s Irish Rose and had been ‘done’ too many times before.

At the time, Manhattan’s Puerto Rican community was growing significantly so it made sense to shift the story to Manhattan’s West Side.

3. The call of the shofar

It’s no coincidence that the opening notes in West Side Story sound a lot like a shofar blasting tekiah. According to reports, the three notes become a motif throughout the musical, appearing again in Something’s Coming, Maria and Cool.

In Jewish tradition, the shofar’s sound is a call to action so it’s quite fitting that the same notes are used to tell the story, the symbolism is apparent in the songs.

West Side Story is famous for its musical numbers, which is perhaps why the book was very short. The musical was adapted into a novel by Jewish author Irving Shulman. 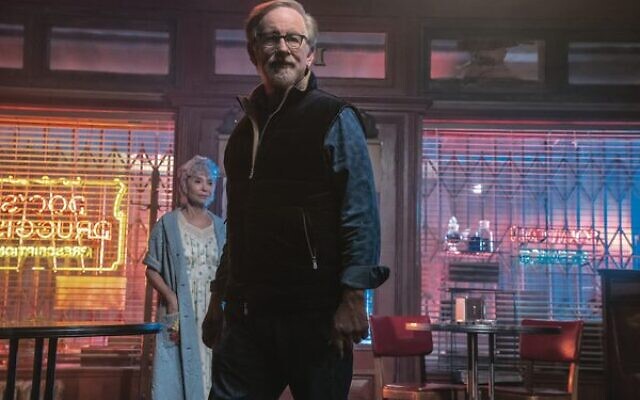 Director Steven Spielberg and Rita Moreno on the set of West Side Story.

As we know, the musical has been brought to the screen by Jewish director Steven Spielberg. Spielberg was apparently drawn to West Side Story because of its relevance today, telling Vanity Fair, “I really wanted to tell that Puerto Rican, Nuyorican experience of basically the migration to this country and the struggle to make a living, and to have children, and to battle against the obstacles of xenophobia and racial prejudice”.

It’s a story Spielberg knows all too well, as his grandparents immigrated from the Ukraine. The 2021 film also has a slew of Jewish representation with Tony Kushner behind the script and David Newman behind the music.

West Side Story is now in cinemas across Australia.