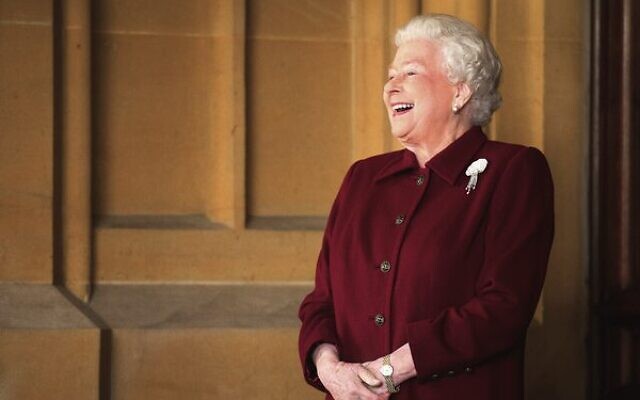 When we woke to the news of the death of Queen Elizabeth II, we awakened to a strange new world. It felt different – curiously personal like the passing of a dear and revered family member. Yet globally significant; the loss of someone larger than life itself, more like a tectonic shift.

To adapt the lines of W.H. Auden, millions will “think of this day as one thinks of a day when one did something slightly unusual.” The comment of the Midrash on the exit of Jacob from Beer Sheba resonated, “When a righteous person departs, the place is diminished – its majesty, its honour, its spark leaves with the departed.”

The world felt poorer, robbed of a sparkling personality, a majestic leader, an honourable human being. HRH was no longer with us.

The Queen’s death matters to millions across our planet because she was an exemplary leader and an exceptional mensch.

Elizabeth the Second’s death matters to us as Jews because she reminded us of principles that we care deeply about:

The Queen was a rock of tradition in a sea of change. Protocol and precedence were her hallmarks. She represented the primeval allure and mystical power of a monarch despite the largely symbolic nature of her duties.

We learnt about awe from her and the meaning of the coming Days of Awe and their themes of kingship will surely mean a lot more to us this year. Watching the outpouring of grief and the crowds accompanying the Queen on her last long journey from Balmoral to Windsor through those achingly beautiful green fields of Scotland, brought alive the Talmudic saying that “when the crowds grow large so does the honour of the Royal One”.

Yet alongside the quintessential dignity of ceremony and sense of enduring continuity, Queen Elizabeth was the very model of a modern monarch, receptive to a changing world, capable of changing herself. She did this by her embrace of technology, from playful videos to Zoom conversations and more importantly by recognising that the monarchy would need to adapt its style and discard its stuffiness. So she learnt (especially after an initially damaging distancing from the death of Diana) how to soften her stance and share some of her emotions.

She also helped guide the UK through what had been called one of the most significant changes of the past 60 years: Britain’s transformation into a multi-ethnic, multi-faith society.

Getting the right balance between respecting tradition and being capable of changing remains the single most pressing issue for the continuity of Judaism.

Ben Zoma challenged our notion of kavod or honour when he said, “Who is the one who is honoured?” and responded “The one who pays respect to others.”

The Queen earned our respect not because of her considerable affluence and power, but because of her influence and presence. She reached out to the people, she walked among them, she spoke to the ordinary men, women and children who came out to greet her. She related to them as she did to her staff and simply wasn’t stuck up. Like Moses, she exemplified how humility is the key to greatness. In an age of “me” she taught the power of “we”.

In a world that increasingly derides faith, Elizabeth II remained a keen and fresh defender of the faith. She didn’t apologise about going to church regularly, she had her own spiritual adviser, she lived with faith. And she had remarkable interest in and respect for other faiths.

Rabbi Jonathan Sacks said of her, “In her religious role, the Queen is head of the Church of England, but in her civic role she cares for all her subjects, and no one is better at making everyone she meets feel valued.” That applies not just to individuals but to all Britain’s faith communities. In one of the first public occasions of her Diamond Jubilee, the Queen met at Lambeth Palace leaders of the nine leading faiths in Britain: Christian, Jewish, Muslim, Hindu, Sikh, Buddhist, Jain, Zoroastrian and Baha’i.

4. A life of service

To be an eved Hashem, a servant of God, is a high calling of Judaism. To serve others is a distinct privilege of being Jewish. The Queen’s selfless dedication of her life to a cause larger than herself ironically enlarged her as an individual.

Her timeless words at the age of 21 have been much quoted over the last days: “I declare before you all that my whole life, whether it be long or short, shall be devoted to your service and the service of our great imperial family.” A pledge of duty and commitment echoed by the new King Charles III.

It is fascinating that in this time of rampant individualism, the Queen’s fierce altruism has captured the popular imagination. It speaks surely of our yearning for meaning and our desire to break the shackles of egotism.

The true leader has an independence of thought and action, is able to lead because they can read – read the texts that shape the mind and soul, read the hearts of their followers. And so the kings and queens of Israel were called on to have their own Torah scroll written and kept at their side constantly. They were however appointed by their people to remind them to stay in touch with the wonder and the quotidian and to help tame the wildness of the world. Such a leader was HRH Queen Elizabeth II.

It is said that in the month of Elul the King goes out to the field, to His people. This Queen in her travelling cortège, as in her life is going out to her people and touching the souls of countless others.