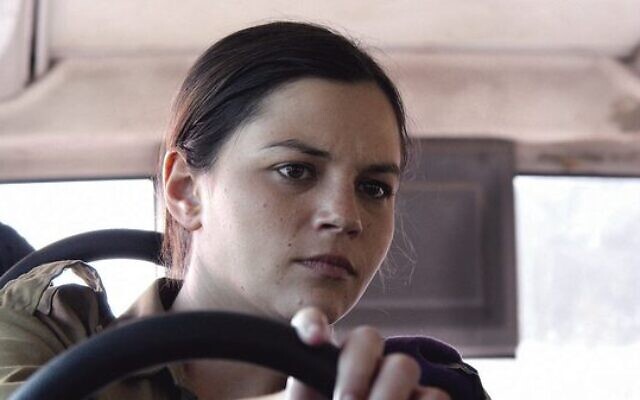 Flickerfest will be at Bondi Pavilion from January 20-29.

Flickerfest recently announced the program for 2023 and its return to its home of more than two decades, the newly revamped Bondi Pavilion. The international festival will present 10 days of incredible, masterful shorts from Australia and around the world, from live action to documentary and animation.

Also featured is White Lies by Flickerfest alumnus Greg Moran, whose film is full of hilarious cameos from Channel 7’s The Morning Show favourites Kylie Gillies and Larry Emdur, plus a cheeky look in from Barnaby Joyce.

Flickerfest will also be presenting the world premiere of Perspectives by Neer Shelter, who told The AJN it was seeing the movie Hook with his father which made him realise what he wanted to do for the rest of his life.

Perspectives is based on Shelter’s own experience while he served in the military. To distance himself from the story a bit, he changed the lead character and the period in which the story is set. The film portrays a young soldier who suspects a man on a bus in Israel of being a suicide bomber. She must choose between the other passengers’ lives and a potentially innocent man, with the world watching via live stream.

“The bus is a metaphor for Israel, with Jews, Muslims, and Christians coexisting inside it as passengers. Many live stream the event on social media platforms using their mobiles, and the film is seen predominantly from their points of view,” Shelter explained.

“We tried to embody the idea of shifting perspectives online by literally shifting between their different points of view on the bus. We also combined these mobile-phone-like cameras with cinema cameras to make it hard for the audience to tell which shot was found footage and which was narrative filmmaking. This, in turn, shows how hard it can be sometimes to know what’s real and what isn’t online. And this lack of certainty accompanies the story to its conclusion. While the main character goes through a complete arc, the story has an open ending, which urges the audience to question and debate what they saw. Ultimately, the viewers’ opinion of the characters at the end hinges on their own perspectives.”

Shelter, who is of Egyptian-British descent, grew up on ships around the world, which allowed him to learn about different cultures by experiencing them firsthand. He said he’s over the moon to be premiering his film at such a prestigious event.

“After being an audience member in the past, it will be a big treat to attend it as a participant,” he said. “Events such as Flickerfest foster the next generation of storytellers, and we’re all grateful to have the opportunity to reach a wider audience.”

Also showing at Flickerfest, for its Australian premiere, is Girl No. 60427 by writer, director and producer Shulamit Lifshitz, a third-generation Holocaust survivor.

The mixed animation/live action film, which garnered an award at the BAFTA Student Film Awards in LA last year, is based on the true notes her grandmother made in 1946, while sitting in a DP camp in Italy, after her liberation from Auschwitz.

Upon writing the script, Lifshitz realised it would not be a documentary but rather a story about the special connection created between the third and first generations.

Now in its 32nd year, Flickerfest is supported by some of the biggest and most respected names in the Australian film industry.

“What resonates is that Flickerfest is such a unique event. There is nothing quite like sitting outside to watch a film on a warm summer’s evening, surrounded by locals, tourists and filmmakers,” award-winning actor and filmmaker Rachel Griffiths said.

This was reiterated by Oscar-winning actor and Flickerfest supporter, Cate Blanchett, who said, “The short film is a place to experiment and push boundaries. Flickerfest allows emerging voices to be seen and heard, and established voices the chance to revitalise. It’s fitting that such a cutting-edge, internationally recognised film festival takes place in an unconventional and vibrant setting: under the stars, on the beach, in Australia.”

Flickerfest will be at Bondi Pavilion January 20-29. For more information, visit flickerfest.com.au