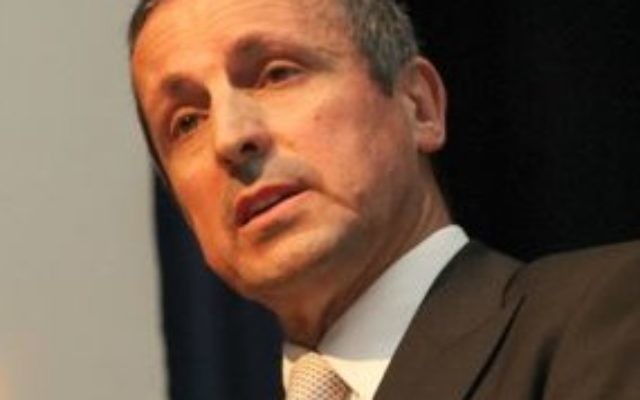 The new Labor group was established to be a “conduit between the Multicultural community on the one hand and the party and union movement on the other”.

Labor and multi-cultural leaders were invited to the event, including NSW Jewish Board of Deputies CEO Vic Alhadeff, however when he arrived he was denied entry by NSW Labor MLC Shaoquett Moselmane.

Alhadeff told The AJN while he appreciated the “VIP invitation” from Australian Labor Party (NSW Branch) general secretary Kaila Murnain and Secretary of Unions NSW Mark Morey, it was unfortunate that Mr Moselmane defied his own party’s leadership and denied him entry.

“Given that the invitation which Mr Moselmane sent to others specifically said he hoped this new organisation would become a conduit between the multicultural community and the Labor and union movement, it made no sense to exclude the CEO of the NSW Jewish Board of Deputies when we represent the Jewish community and are an active component of multicultural NSW,” Alhadeff said.

Foley personally called Alhadeff on Tuesday to apologise for the incident.

“NSW Jewish Board of Deputies’ executive director Vic Alhadeff had an official personal invitation from the NSW ALP General Secretary and the head of Unions NSW – and was welcome to attend,” Secord said, while dissociating himself from the incident.

“It was stupid, malicious and vindictive to refuse him entry into a multicultural event.

“The actions do not reflect the views of NSW Labor.”

But Moselmane stood by his decision to refuse entry to Alhadeff.

He said that the event was a meeting of the Labor Action Committee, not a multi-cultural event.

This is not the first time the Jewish community’s leadership has taken issue with Moselmane’s conduct.

In 2013 he referred to Gaza as “the world’s largest open-air prison”, accused Israel of “war crimes, crimes against humanity and ethnic cleansing” of the Palestinian people and he claimed that Israel was running “torture camps” in southern Lebanon.

In 2016 he said in Parliament that no Jews in pre-State Israel were “ever harmed” by Palestinians and labelled the late Shimon Peres as being partly responsible for “the uprooting of the Palestinian people”.

At the time, the opposition leader distanced himself from Moselmane and said the comments were “disappointing and inappropriate”.