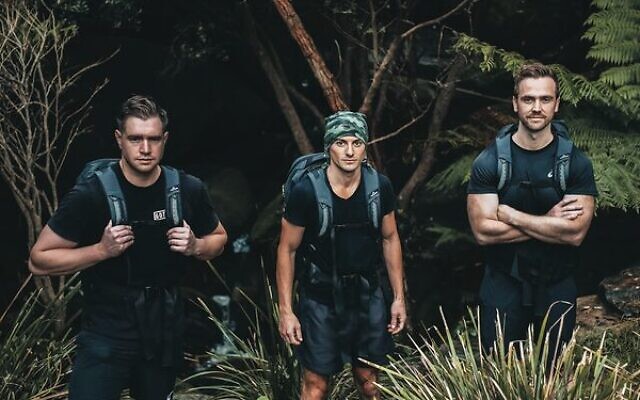 The trio is planning to complete the 96km trek through the dense jungle of Papua New Guinea in just four days rather than the usual 10.

And, rather than have porters carry their luggage, they will be lugging their own 15kg packs.

The trek is to raise money for a very important cause – the Wolfy Foundation, a charity focusing on serving people living with brain cancer.

The foundation was set up in memory of David Wolf, who lost his battle with brain cancer at the age of 23 in 2013.

“David Wolf was a very good friend of Patrick, so it’s a cause that’s very close to home,” Rubinstein said.

The track, through the Owen Stanley Range in PNG, is renowned as the location of the World War II battle between Japanese and Australian forces in 1942.

It’s also known for its hot and humid days coupled with cold nights. There’s also the likelihood of torrential rain or even a risk of catching a tropical disease such as malaria.

“We will get through it – if none of us break a leg.

“We will be rigorously training in the lead-up carrying heavy packs on the Tamarama and Coogee stairs.”

He expects the biggest challenge to be the humidity and culture shock for the two others, who have never travelled in a third-world country before.

As to how much they can raise, he said they didn’t have a definitive figure in mind, just the most they possibly can.

The trek has been facilitated by Historical Kokoda, with one guide and a satellite phone for any emergency.

To donate to The Wolfy Foundation visit www.mycause.com.au.