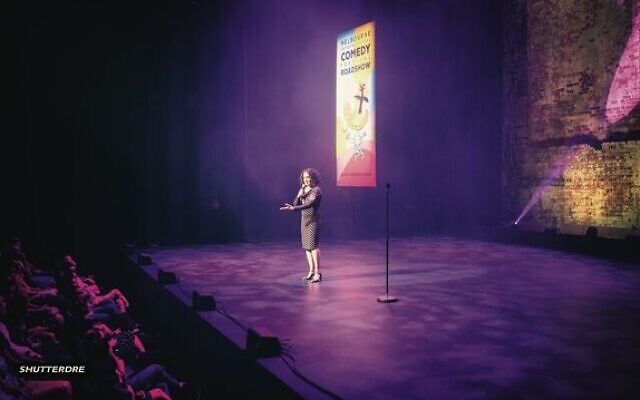 Comedian Rachel Berger realised from a very young age how humour can help people affected by pain – physical, emotional and mental. Born in Israel, Berger arrived in Australia at the age of five, saying her Jewish education was nurtured simply by being around her parents’ shop in Melbourne’s Acland Street, Berger’s Delicatessen.

“[It] was an oasis of schnitzels, schmaltz and strudel where Jews gathered together to laugh, remember home and cry and eat,” Rachel explained to The AJN. “I’d stand at the back of our shop camouflaged by a curtain of frankfurters and salamis, watching customers make their selections … This is where I learned about survival, resilience and observing people.”

Berger explained that even when she was young, she was surrounded by people who struggled physically – friends of her father’s who had all lost limbs. Her father’s arm had been blown off in World War II. 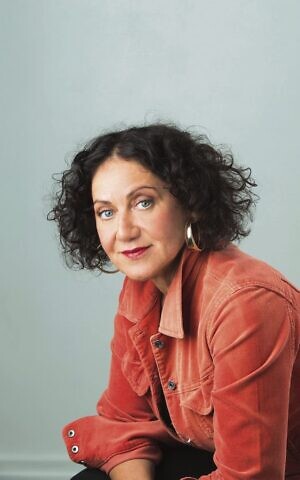 “This unique group would share information about negotiating their lives as normally as possible, in the community. There were no disability services back then. I observed from as young as six that humour was a vital part of their lives and their resilience. When they laughed there was a palpable difference in the room, it was visceral,” she said. “I learned intuitively that laughter and being funny had the power to give an individual agency over their narrative.”

And that’s where it all began.

Berger has gone on to deliver stand-up comedy workshops to groups from all walks of life, from domestic violence survivors to homeless youth and people living with depression.

“I started giving these workshops to see if helping someone find their unique sense of humour, their ‘funny’, would foster resilience and help people shift from being reactive to proactive. And it certainly does.”

One of these workshops was the recent “Stand Up for Cancer” workshop, which took place at the Victorian Comprehensive Cancer Centre as part of Peter Mac’s wellbeing program.

Nine participants had a few hours to prepare a five-minute stand-up comedy routine.

The first-time comedians included patients, carers and staff from Peter Mac. It was billed as an intimate evening that offered “an opportunity for everyone to connect, to see our similarities and value our differences; to try, to falter and to succeed, to laugh and to have others laugh with us”.

Berger coached each of the participants, encouraging them all to be their authentic selves, by guiding them through the tools, techniques and processes of identifying material, developing a narrative, connecting with an audience, and translating their experiences and stories into meaningful, funny performances.

“To get up on stage and deliver five minutes of stand-up comedy in just under nine hours is powerful,” Berger said. “Everyone was fearless and face-achingly funny. It was a special kind of education for the audience hearing funny stuff from the nurses.”

Berger said she was not only proud, but she was incredibly humbled by everyone’s courage, and their ability to make every joke land, saying, “It was awesome to witness their triumph.”

As for the well-known adage, “laughter is the best medicine,” Berger said: “We have little control over the arms race, despotic leaders, and our politicians, but we do have control of our inner world. We can refuse the darkness of our thoughts with laughter. Laughter makes you lightheaded, but it also brings light. It’s intoxicating. Humour, satire, comedy is a manageable middle ground because they give us the opportunity to laugh at reality, one cartoon generally has a more potent message than the entire newspaper.”