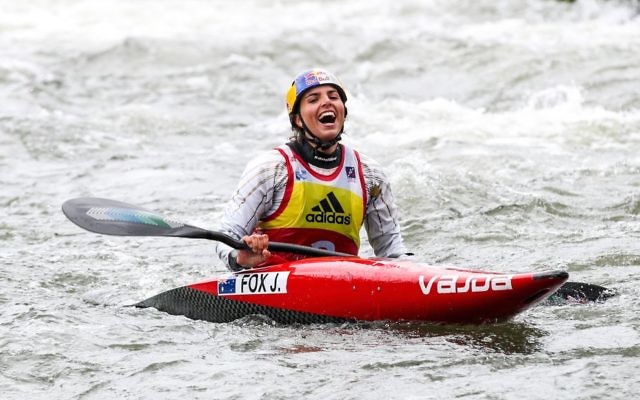 JESSICA Fox drew from her experience, the energy from the crowd and her attacking instinct on the rapids to begin the 2018 international season by winning all gold medals on offer in the opening two rounds of the 2018 World Cup series in Europe.

In cold and windy conditions at Liptovsky Mikulas, Slovakia in World Cup 1 from June 22-24, the 24-year-old Sydneysider and Olympic Games silver and bronze medallist started as favourite and defending champion in the women’s K1 (single kayak).

And she delivered, qualifying first for the final before holding her nerve as the last paddler to take on the short but technically challenging course, crossing the finish line after an error-free paddle in 101.20 seconds.

A mistake by runner-up, Austrian Corinna Kuhnle, proved costly, resulting in a two-second penalty and a time of 102.78 seconds, while Germany’s Ricarda Funk came third.

Fox sets herself high goals, and said “I had a great season last year, and I want to match that, I want to better that.”

Her win in the C1 final was the icing on the cake, given the disappointment of missing out on a C1 medal at last year’s world championships, and the fact C1 will be included as an Olympic women’s sport for the first time at the 2020 Games. 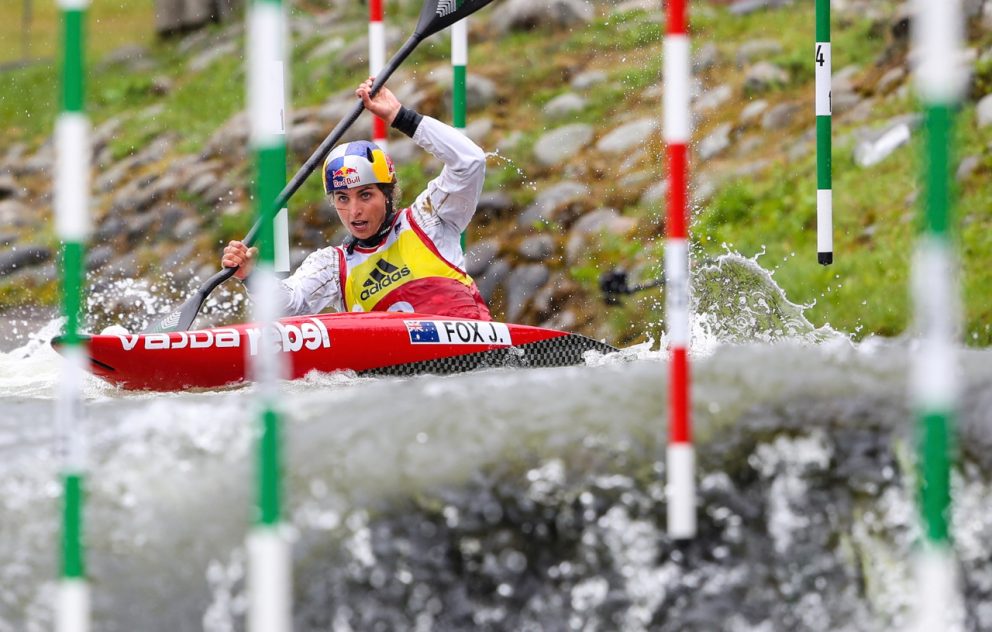 Fox snared the double gold with a powerhouse display in a sizzling time of 106.43 seconds, taming the tricky rapid sets in the middle and second half of the course with strength and finesse.

She finished more than seven seconds in front of Czech Tereza Fiserova and almost nine seconds ahead of Great Britain’s Mallory Franklin.

“When I got into that final with a solid run, I just really wanted to charge it and attack it,” Fox said, adding she was lifted by cheering fans.

“I could hear the Aussies and the crowd – at the start and in the middle.

“I fixed the errors I made in the first run, and I was really pleased – and very surprised – by that time.”

Noemie said she is hungry for success after an indifferent season in 2017.

“This season I feel a little more confident, I have a better boat, and it’s nice to be able to just focus on C1,” Noemie said.

“I’ll still have kayak opportunities at the Junior Worlds [in mid-July], but I’m really excited for this season.”

On July 1, Jessica Fox won gold at World Cup 2 in the women’s C1 final in Krakow, Poland, before backing up 24 hours later to win gold in the K1 final.

In the C1 decider, Fox’s 96.51 seconds was the only sub-100 second time recorded, earning her gold ahead of Spain’s Nuria Vilarrubia, and Brazil’s Ana Satila.

Her younger sister, Noemie, came seventh in the final. A 50-second penalty for a missed gate proved costly.

In the women’s K1 final, the elder Fox blitzed the field with a blistering time of 91.51 seconds – 0.89 seconds ahead of France’s Lucie Baudu. Italy’s Stefanie Horn came third.

Fox said she was “pleased and quite surprised” to win double gold again, and remain in first place overall in C1 and K1.

The third of five World Cup rounds begins on July 6 in Augsburg, Germany. 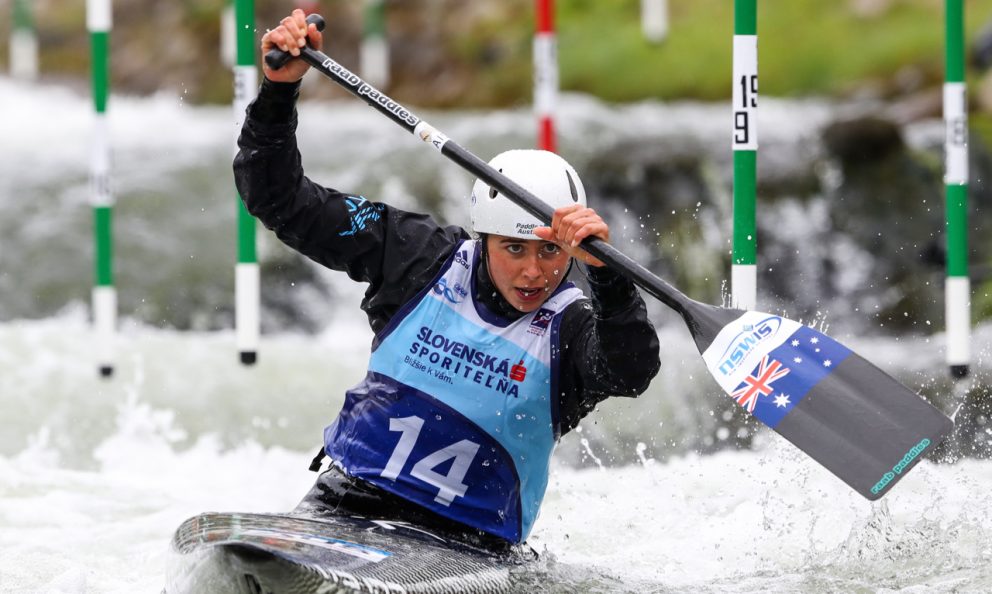