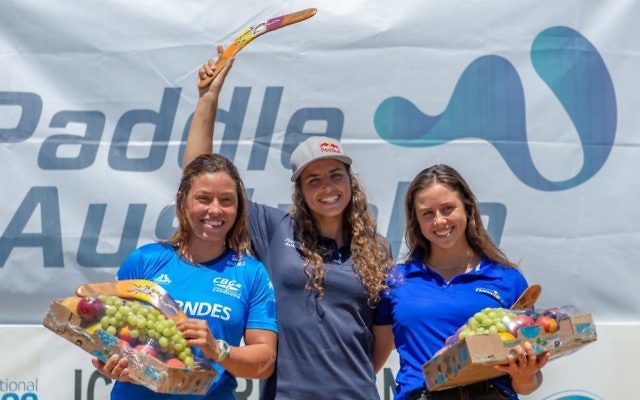 THE road to the 2020 Tokyo Olympic Games for canoe slalom athletes began last weekend in Penrith Whitewater Stadium at a star-studded Australian Open.

For Jewish sisters Jessica and Noemie Fox – who live just down the road from the venue – representing Australia at home against the best female paddlers in the world was special enough, but standing on the winner’s podium together after brilliant performances in the C1 (single canoe) final on Sunday was the icing on the cake.

Despite having a disrupted preparation due to an ankle tendon injury and minor surgery that forced her to miss last month’s national championships, Jessica was able to reproduce the kind of form that won her all five C1 World Cup rounds and world championship C1 and K1 (single kayak) titles in 2018.

The 24-year-old dual Olympic medallist came first with a time of 103.52 seconds, edging Brazil’s Ana Satila by just 0.33 seconds, while Noemie claimed bronze, finishing less than one second behind.

Jessica – whose achievements last season officially saw her become the greatest canoe slalom athlete of all time – said she was excited to win gold at an Australian Open that, due to the quality of the field, resembled “world cup standard”.

“It was a fast race [C1 women’s final], and I saw the times before starting so I knew I had to lift my game . . . I had a penalty on that main wave, so I really had to make sure the rest was perfect,” she said. “I just got in front of Ana, so I’m really pleased.” 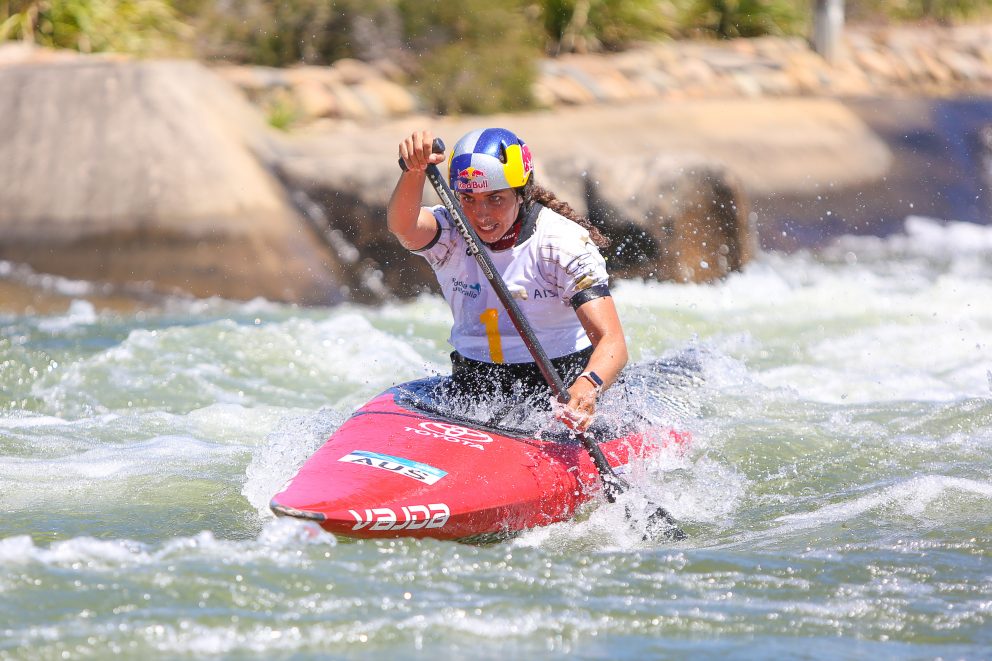 Jessica was thrilled with her younger sister’s C1 result – which earned Noemie second place in the U23 category – and also Noemie’s improved performance in the women’s K1 event.

Jessica won K1 silver, finishing 1.16 seconds in the final behind Germany’s Ricarda Funk whose performance she described as “phenomenal”, and heaped praise on Noemie who, despite just missing out on a place in the K1 final, actually beat Jessica by four seconds in the heats.

“In qualifying it was probably one of the first times Noemie smashed me . . . she raced really well and I was so pleased for her,” Jessica said.

“She’s been working really hard and to see her put down a run that showed how well she has been training was nice.”

Noemie, 22, was proud of her C1 bronze, and particularly pleased about her performance in the K1 heats, in which she finished fourth, just behind former world champion German Jasmin Schornberg, who went on to win bronze.

“It was a really good day, because I’ve never really felt as confident and as strong in the kayak [compared to the canoe], and to finish so high up in the qualification against those paddlers is a big confidence boost,” Noemie said.

“Then I had a really good run in the C1 and finished third. It’s awesome to have that [happen] here at home.”

Both sisters will be in action at Penrith again this weekend for the Oceania Championships, a tournament that does not offer ICF world rankings points, but will count as a final Australian team selection trial for the 2019 World Cup series in Europe that begins in June.

The event will still feature many of the visiting European paddlers, who are using it to further bolster their own preparations.

“We don’t have too many competitions at home, so it’s amazing to have the world come to Sydney to paddle,” Jessica said. “We hope to get another big home crowd to cheer us on.” 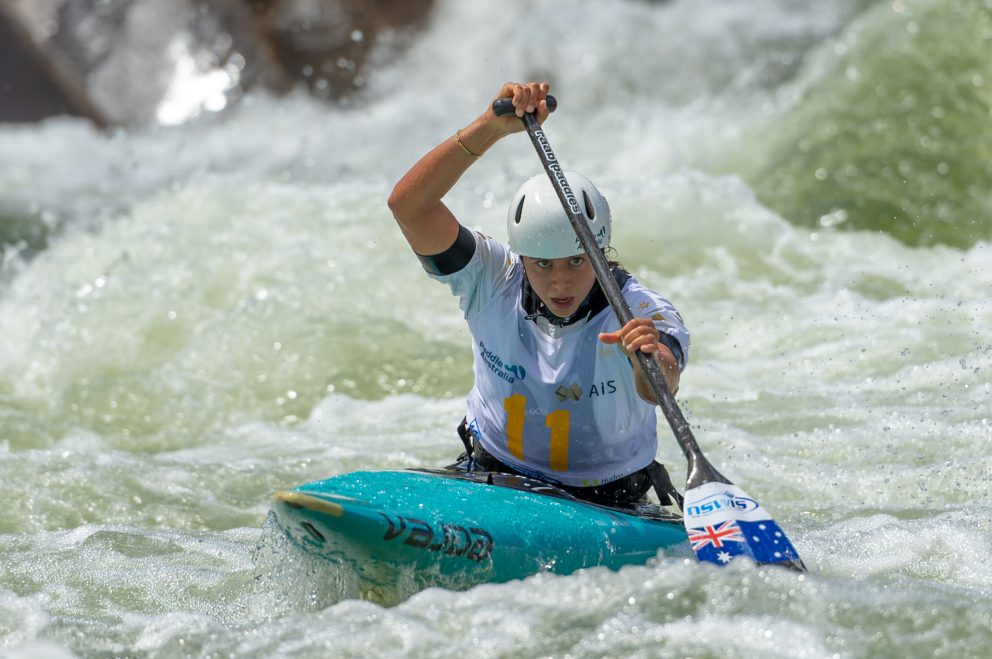