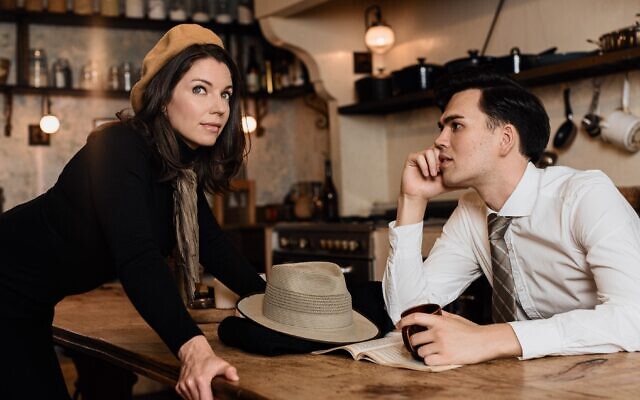 In 1999, Frank Wildhorn became the first American composer in 22 years to have three musicals showing on Broadway simultaneously – Jekyll & Hyde, The Scarlet Pimpernel and The Civil War.

The composer taught himself how to play the piano and in 2014 told Forward that as soon as his fingers touched the keys of his sister’s Yamaha organ, he knew music was for him.

He has been referred to as the most successful contemporary writer of musicals on Broadway, with Forward claiming that an estimated 40,000 people attend a Wildhorn musical every day.

His spin on one of the most well-known law-enforcement tales, Bonnie & Clyde, is now coming to Sydney, after being rescheduled twice due to the global pandemic.

Wildhorn acknowledges that the past couple of years have been strange, so he is thrilled that the show is finally showing in Sydney.

“So many shows cancelled,” he told The AJN. “But so many new commissions, so much creativity [and] new adventures.”

Everyone knows how the story goes – at the height of the Great Depression, Bonnie Parker and Clyde Barrow went from two small-town nobodies in West Texas to America’s most renowned folk heroes and Texas law enforcement’s worst nightmares.

Wildhorn’s Bonnie & Clyde premiered in San Diego in 2009 and debuted on Broadway in 2011. It was nominated for three Outer Critic Circle Awards, five Drama Desk Awards and two 2012 Tony Awards.

Wildhorn had worked with lyricist Don Black on Dracula The Musical. And it was Black who Wildhorn envisaged working with when he first dreamed up Bonnie & Clyde.

While many are familiar with the 1967 film, starring Warren Beatty and Faye Dunaway, there are differences in the musical, namely that the latter opens with the love-struck pair already dead, meaning the entire show is understood through the knowledge of the duo’s demise. It focuses on the two crazy kids who just wanted to be stars, but their bold antics get them and their families into trouble with the law.

The only thing they can do is stay on the run, resorting to robbery and murder to survive.

When asked about the inspiration for the music, Wildhorn said it all came down to Texas.

“The inspiration is the music of the place and time,” he said. “Texas in the Dust Bowl during the Depression. Texas blues, Texas two step, a little country, a little Scott Joplin … all that’s in the soup!”

The musical has been described as fearless, shameless and alluring with a non-traditional score; an electrifying story of love, adventure and crime that captured the attention of an entire country.

All written by a self-taught composer who lives and breathes music all day long.

As Wildhorn said to Forward, music is in every breath he takes.

“I’m always writing. It’s just a matter of getting to the piano. I have tunes in my heart, in my stomach. It’s visceral, trying to channel what I’m feeling onto a piano.”