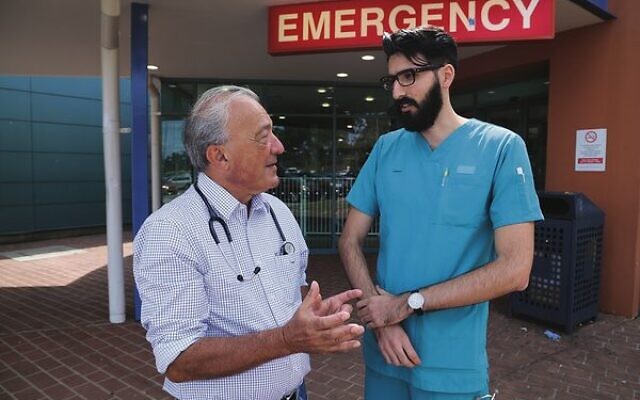 Member for Macarthur Dr Mike Freelander says spending the entirety of his two terms in Parliament so far in the opposition benches has brought its challenges.

“It can be quite frustrating … we have had a government that has been very parochial in the way it’s allocated funds,” the Jewish paediatrician said.

“It has been difficult to get funding for sporting clubs, community service organisations for local infrastructure … and access to health care.”

If re-elected, Freelander, who has been in Parliament since 2016, hopes to achieve better infrastructure for south-west Sydney and will continue to fight for better healthcare.

“We are in danger of developing a two-level health care system where people in wealthy areas get good access to primary and tertiary healthcare, but in rural and regional areas they’re missing out,” he said.

Freelander is one of two parliamentarians on the National Health and Medical Research Council COVID-19 Committee and is deputy chair of the House of Representatives Committee on Health. While not particularly religious, he is proud of his Jewish heritage, and noted one of his ancestors helped to found the Hobart synagogue.

“I think my Jewishness is being part of a community and serving the wider community. I’ve always been proud of that,” he said, adding that he appreciates the support of the Jewish community.

“I hope to make sure that we have a strong voice in the government,” he said.

On Labor’s policy to recognise a Palestinian state, Freelander said he believes in a two-state solution.

“I don’t agree with everything the Israeli government does … but I do believe we need to protect and support the State of Israel,” he said.

He added that if the Palestinians were to educate themselves to be part of a more prosperous society, “it will help foster peace.”

Macarthur is diverse and has a relatively large Muslim population, but very few Jews.

“My electorate has been very supportive and I’m quite open that I am Jewish,” Freelander said.

However, he does hold concerns about the rise of antisemitism, Islamophobia and anti-Christian sentiment.