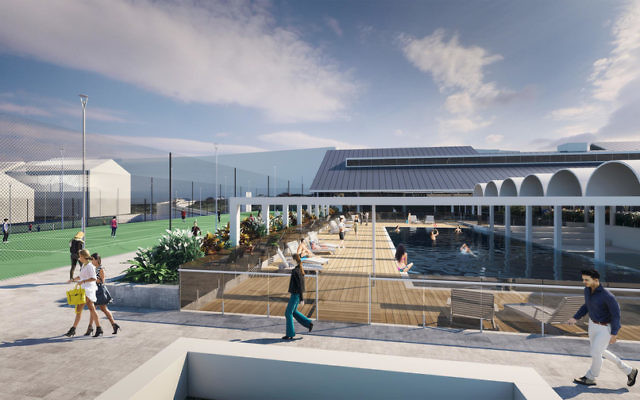 An artist’s impression of the new White City.

DETAILED plans to build a $40-45 million Jewish community centre at White City will be submitted to Woollahra Council next month.

While similar plans have been submitted before, a group of influential and high-calibre communal leaders have joined the board to try and make the dream a reality.

Phillip Green, who has more than 35 years of experience specialising in financing and investments; marketing expert Ali Linz; investment banker Lance Rosenberg; and one of Australia’s top special event producers, Danny Yezerski, will join Steven Lowy, who was voted in as president at Hakoah’s annual general meeting on Tuesday night, by the club’s board.

Lowy said he put his name forward for the board, and as president, because he believes the project is vital to the future of the community.

“I’m keen to work with a committed and experienced board, other communal organisations and, of course, the wider community to gain support for this ambitious project,” he said.

Hakoah’s stage one masterplan has been approved by council, although modifications have been resubmitted, and the more detailed development application plans will be submitted next month.

While Simon Wilkenfeld, Phil Opit and Daniella Freed retired from the board, George Farkas, who stepped down as president at the AGM, Kevin Wunsh, Yvonne Coburn and Greg Einfeld will remain on the board.
Farkas, who is now the vice-president, said he is looking forward to the next chapter in the history of the Hakoah Club.

“The new board members, led by Steven Lowy, are all widely respected individuals within the community and beyond, and bring specific skills in communal leadership and engagement, business and finance, fundraising, marketing, communication and events necessary to embark on such a transformational project for the community,” Farkas said.

JCA president Stephen Chipkin said he is excited about the path forward.

“I’m excited about the prospect of a community centre that can bring everyone together at one fantastic location in the heart of Sydney,” Chipkin said.

“The facility won’t simply be for those playing sport, but will attract a diverse range of people through different activities and spaces that cater for the entire community.”

In 2007 Hakoah Club sold its Hall Street premises for $19 million.