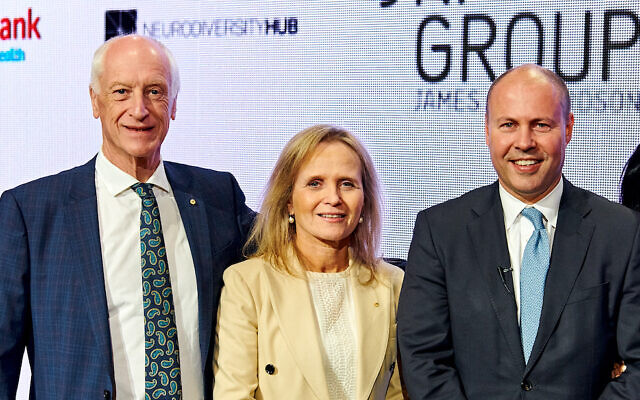 TWO of the Jewish community’s leading names, Treasurer Josh Frydenberg and director of the Doherty Institute for Infection and Immunity Professor Sharon Lewin, praised each another for their support during the pandemic as they addressed the Australia-Israel Chamber of Commerce luncheon at Melbourne’s Palladium at Crown last week.

“Sharon has not just been a thought leader through this crisis, but is someone who has put those thoughts and hard work into action,” said Frydenberg, who acknowledged the Doherty Institute as “absolutely critical in helping the prime minister, national cabinet and the government in setting those targets of 70 and 80 per cent vaccination rates”.

Lewin thanked Frydenberg “for the extraordinary job he and the federal government have done in balancing health and the economy during this very difficult time in history”.

Frydenberg noted that Israel is Australia’s 45th largest trading partner and the third highest country represented in terms of foreign listings on the ASX. But, he said, the relationship is “much more than just an economic partnership, it’s also people-to-people links”.

Acknowledging the government’s efforts in strengthening the friendship, he spoke about the introduction of a double taxation agreement as well as agreements on air services, innovation and defence industry cooperation.

With the federal government establishing a trade and defence office in West Jerusalem, the first annual strategic talks between the country’s defence officials have officially begun.

“This speaks to the incredible importance and activity in the economic partnership between Australia and Israel and long may that continue,” said Frydenberg.