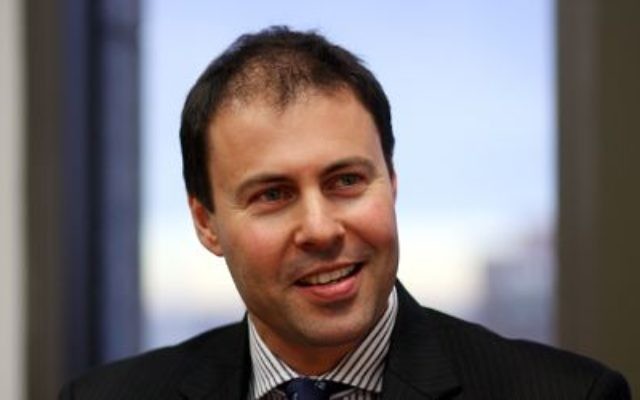 JEWISH Liberal MP Josh Frydenberg has described his appointment as Parliamentary Secretary to the Prime Minister as a “real privilege”.

A rising star in the party, the Member for Kooyong in Victoria was sworn in, along with the rest of Abbott’s inaugural ministry, yesterday (Wednesday).

Frydenberg is just the second Jewish Liberal parliamentarian to serve in a government after Peter Baume, who held a number of ministerial positions in the early 1980s under Malcolm Fraser.

Speaking to The AJN prior to the ceremony, Frydenberg said the appointment was unexpected.

“We’ve worked hard over the last three years, and it is terrific that Tony Abbott and the team have been elected to government,” he said.

“To get the call yesterday was a real thrill and to be Parliamentary Secretary to the Prime Minister will be a real privilege.”

He added that he was “very conscious of the workload” in the role, where he’ll have a particular responsibility for the government’s deregulation agenda.

“That’s the Coalition’s commitment, to cut $1 billion a year in red and green tape, to create a more efficient government and more productive businesses,” he explained.

“And so that will be a real focus for me, an economic focus that is important for the country.”

Frydenberg’s wife Amy and parents Harry and Erica joined him for the swearing-in ceremony at Government House.

“It’s going to be a wonderful occasion and I’m thoroughly looking forward to going to Yarralumla,” he said.

As with his parliamentary inauguration in September 2010, Frydenberg made his pledge using the Bible given to him by the late Sir Zelman Cowen.

“Sir Zelman Cowen, when he was sworn in as governor-general, used a beautiful, leather-bound Bible,” Frydenberg said.

“Sir Zelman gave me this Bible … It’s got a lot of symbolic significance for me given as it was given to me by my great friend and mentor.”

Frydenberg said he didn’t expect the Prime Minister to look to him on issues relating to the Jewish ­community.

“Tony Abbott has very good relationships within the Jewish community and he’s proven himself to be a steadfast friend of Israel,” Frydenberg said.

Asked whether or not he expected Jewish communal organisations to contact him more often now that he has the Prime Minister’s ear, he quipped, “no more than they already do”.