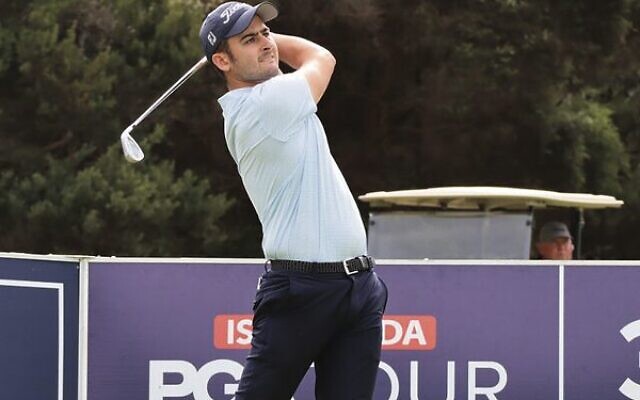 Jeremy Fuchs in action at a PGA Tour of Australasia event in Victoria last year.

Australia will send its biggest ever golf team to the 2022 Maccabiah Games in Israel this July, spearheaded by 26-year-old Sydneysider Jeremy Fuchs, who is on a personal mission to win gold.

Fuchs came 7th at the 2017 Maccabiah Games as an amateur golfer, but this time around, he will be competing as a recently turned pro, having played in six PGA Tour of Australasia tournaments since November last year.

“I’m definitely going to this Maccabiah Games with the goal of winning a gold medal for Australia,” Fuchs told The AJN on Tuesday, before flying to Darwin to play in the Northern Territory PGA Championship.

“Gold would be the only thing I’d be satisfied with at these Games, from a golfing perspective.”

But like his seven Aussie Maccabiah open men’s golf teammates – including talented Victorian Shane Feldman – and the rest of the squad featuring six masters players (50+), six grand masters (+65), junior Benji Fajnkind, plus 16 men and five women entered in the Stableford competition – Fuchs is equally looking forward to soaking up the broader Maccabiah Games experience, and “the rare opportunity in golf to play as part of a team”.

“That will be really special, as will the opening ceremony, and just the whole Jewish focus of the Games.” 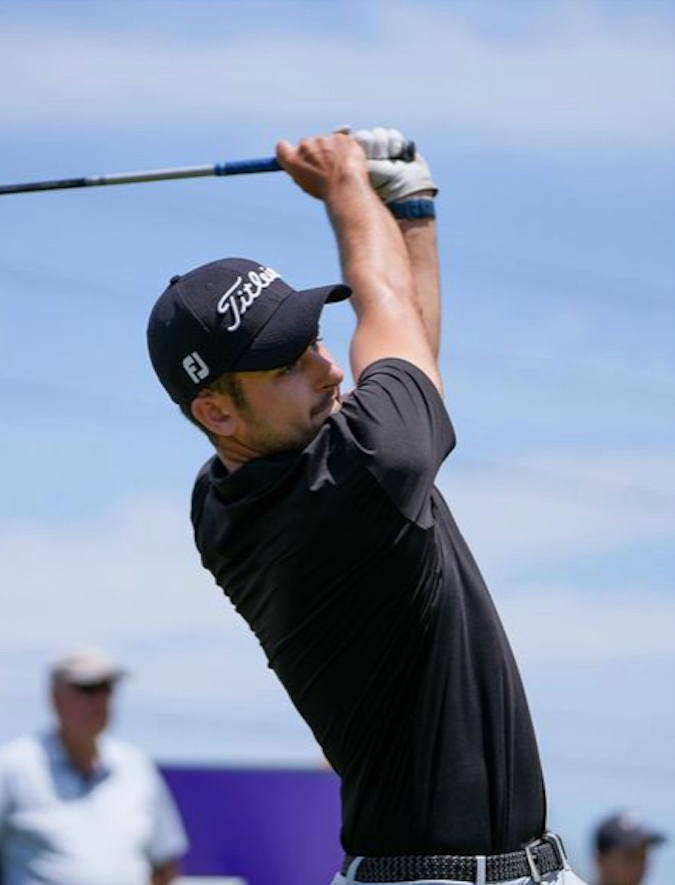 Fuchs – a former Maccabi Cup and NSW Jewish Golf Championships champion – has always dreamed of turning professional, and describes it as “an amazing learning experience that I’m absolutely loving so far – one that’s both fun and difficult at times, with all the travelling, and having to work things out on your own”.

“There’s not much room for error in tournaments [on the Tour], as they’re all good players, and they’re all playing for their livelihoods.”

So far, he has made the cut in four tour events, including the Australasian PGA Championship, and last week’s WA PGA, where he finished 48th out of 130.

“The Australasian PGA Championship was the biggest tournament I’d played in, and a real highlight,” Fuchs said.

“Playing on such a great course [Royal Queensland] in a televised event that had all the best Australian players [on the leaderboard], and just the atmosphere from the crowd, made it really special.”

Fuchs aims to play in more pro tournaments in Australia before the Maccabiah Games.

Beyond that, he said he’d like to enter some Q School [qualifying] tournaments for season passes to play in 2021-22 in Australasia, Asian and possibly Europe.

“In the next few years I’d also like to stay in the US to play in some smaller professional tournaments, which is a good way to test yourself, and improve your game.”