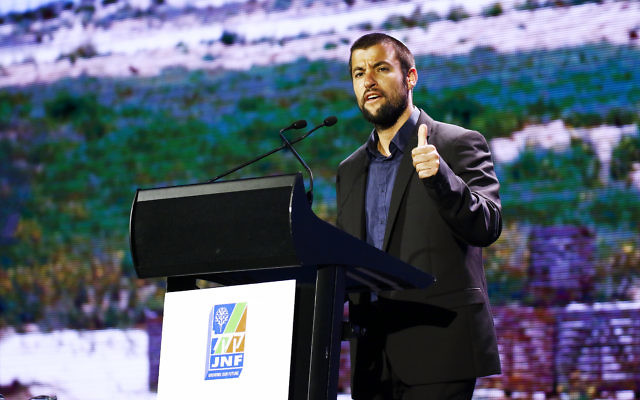 THE future of Israel lies in the Negev. That was the message from JNF Victoria at its annual dinner on Tuesday night as state president Helen Shardey and vice-president Ronit Fraid presented projects backed by the organisation for supporting the communities of Ofakim and Naveh in Israel’s south.

Addressing the 700-plus attendees at the Palladium at Crown, Shardey discussed JNF’s vision for Israel’s future, including a sustainable and vibrant population living in the Negev and Galilee by the country’s centenary in 2048. With almost 70 per cent of Israel’s land mass -under-populated, she spoke of fulfilling David Ben-Gurion’s dream of making the desert bloom.

“This is the vision and the dream of JNF that will allow Israel to develop a healthier and stronger future, resulting in a high quality of life for the entire Israeli population.”

The message was underlined by Tal Megera from Ofakim and Rabbi Aharon Tzohar from Naveh, who spoke on behalf of their communities, thanking JNF Australia for its invaluable support.

The sentiment was echoed by keynote speaker Shaul Mofaz, who stated, “The commitment to Israel of JNF Australia is essential.

“Every project JNF supports in the Negev is a life-giving force.”

The former IDF chief of staff spoke briefly about his experience as the deputy commander of Operation Entebbe, 40 years ago this year, before turning his attention to all that the country has achieved.

“Against all odds, the achievements of this tiny state in just a little more than six decades are [unparalleled] by any other country in the history of mankind,” he told the crowd.

“We have paid a heavy price,” he continued as he recalled his time as defence minister from 2002 to 2006.

“I remember the moment of agonising decisions, the pain of losing beautiful young soldiers, each one like a son to me.”

Speaking to the guests about what the future holds for Israel, Mofaz insisted that the Jewish State must remain unified, adding that the country’s secret weapon was the help and strength provided by the likes of the Australian Jewish community – “supporting, innovating, developing, building and being a part of the story.”