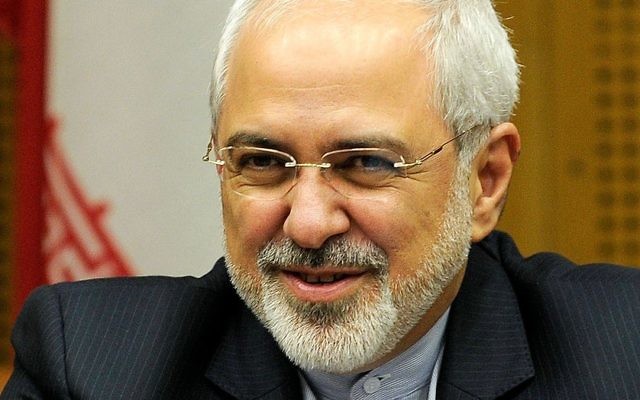 FOREIGN Affairs Minister Julie Bishop has remained largely silent on the Australian visit of her Iranian counterpart Mohammad Javad Zarif next week, as part of a six-nation Asia-Pacific tour.

But the visit has attracted criticism from Melbourne Ports MP Michael Danby and from Jewish community organisations.

The AJN understands that Bishop, who controversially met with Iranian President Hassan Rouhani last year and discussed intelligence sharing between Canberra and Tehran, will meet with Zarif during his visit.

Zarif will also speak at the Australian National University (ANU) in Canberra on March 15, with ANU publicity describing Iran as “playing an increasingly important role in combating terrorism and working for peace and security in the Middle East”.

According to the ANU, he “will discuss Iran’s foreign policy and its role in combating terrorist groups, such as Islamic State or Daesh”.

But the pre-publicity makes no mention of Iran sponsoring terrorist organisations Hezbollah and Hamas.

Labor MP Michael Danby sharply condemned “the welcoming stance Bishop is giving” to Zarif, stating, “This is not someone that the Foreign Minister should be welcoming to Australia.

“Notwithstanding Ms Bishop’s attempts to get into Iran’s good graces so as to sign trade and asylum seeker deals, Iran continues to violate human rights on a massive scale,” he added.

The sentiment was echoed by Australia/Israel & Jewish Affairs Council executive director Colin Rubenstein, who said Zarif’s visit is an opportunity to quiz him on many issues, including “Iran’s appalling human rights record, the highest number of executions per capita in the world and its terrible treatment of gays, Baha’is, Christians, Jews and other minorities; its illegal missile tests, its ongoing refusal to provide legally mandated cooperation with the International Atomic Energy Agency about its nuclear activities, [and] its program of funding  terrorism.”

Rubenstein also said Australians deserved answers on why Iran has announced it will fund families of Palestinians who commit terrorism against Israelis. And Zarif should respond on why Iran continues to call for Israel’s destruction and its senior officials continue their Holocaust denial, he said. Rubenstein added, “Every effort should be made to unequivocally convey Australia’s serious concerns about the destabilising, aggressive, violent, illegal and immoral actions of the Iranian regime.”

Addressing a JNF function in Melbourne on Monday, federal Environment Minister Greg Hunt observed that while “obviously Julie Bishop will handle the meeting [with Zarif]”, a critical condition of Iran’s rehabilitation would be “recognition of Israel’s fundamental right to exist and to be part of the community of nations. That will not just be underscored but will be written in embossed gold letters.”

Hunt was responding to a question from Zionist Federation of Australia president Danny Lamm on whether the government would convey to Zarif that Australia was not prepared to normalise business with Iran “in the face of continued statements calling for the annihilation of the State of Israel”.

Describing Zarif’s tour as “an outrageous attempt to divert attention away from the major crisis in Syria, which is backed by Iran”, Lamm told The AJN  Zarif’s criticism of “shameful” Muslim governments that seek to normalise ties with “the Zionist regime” while in Indonesia on Sunday showed his continued rejection of the Jewish State

Meanwhile, Bishop slammed a move by Danby to refer Australia’s rollback of Iran sanctions to the Senate Foreign Affairs, Defence and Trade Reference Committee. She told The AJN changes to Australia’s sanctions after last year’s nuclear deal “are consistent with our obligations under relevant UN Security Council resolutions, and with the decision of the international community”.