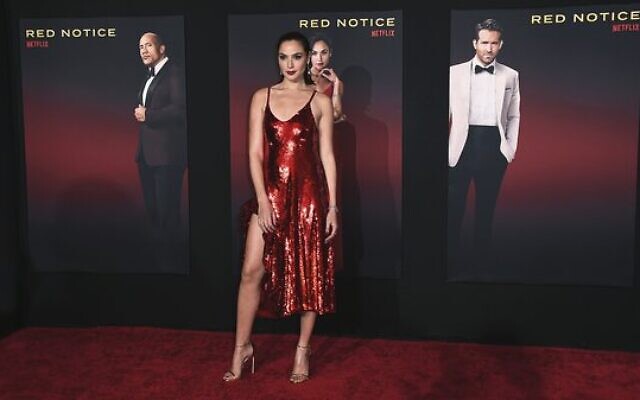 WE already know that Gal Gadot is the fairest of them all, but it looks like the Israeli actress will be asking her mirror that question for her next movie project.

It was announced last week that the Israeli beauty was in final negotiations to be cast as the Wicked Witch in a live-action remake of the Disney animation classic Snow White.

Production on the film, which has been in development since 2016, is expected to begin next year.

It will be a change for the actress to play a villain after portraying the hero Wonder Woman in the DC cinematic universe.

Gadot will also return for another instalment in that role, and told Entertainment Tonight she might make it a family affair with daughters Alma, 10, Maya, 4, and Danielle, 4 months, making a cameo in the film.

Gal Gadot tells us why she can’t wait to step into the iconic Evil Queen role at the #RedNotice premiere. https://t.co/swFqNnfgJq pic.twitter.com/gI5BPTh72S

Husband Yaron Varsano and the elder daughters made a cameo in Wonder Woman 1984, which came out earlier this year.

“I couldn’t have done my movie without the support of my amazing family, and to have them captured in the film with me meant a lot. An amazing, amazing souvenir that we will cherish forever,” Gadot told GoodDay DC’s Kevin McCarthy.

Her latest film, the Netflix comedy Red Notice, is out this week.