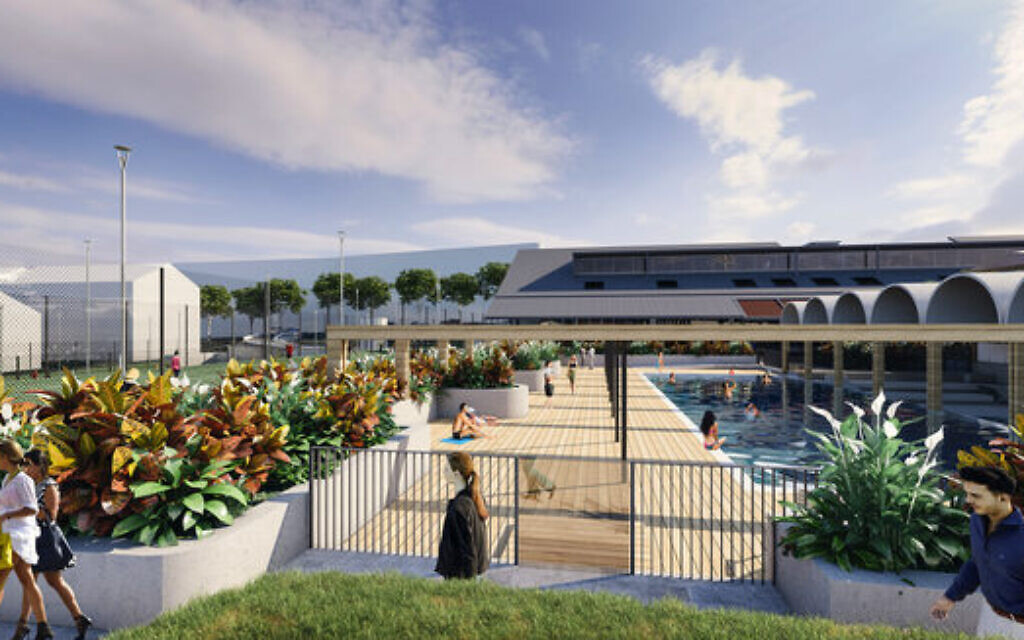 An artist's rendering of the new Hakoah White City.

CONSTRUCTION of the new Hakoah Club will begin “likely by the end of this year”, paving the way for a possible 2023 opening, president Steven Lowy told The AJN this week.

The Land and Environment Court gave its final blessing to the project on Tuesday, confirming development consent conditions agreed to between Hakoah and Woollahra Council for the $60 million-plus redevelopment of the White City site the club purchased in 2010.

It allows for the construction a new club building that will serve as a cultural and community venue, two heated pools, nine tennis courts and a pro-shop developed and operated by Maccabi Tennis, a synthetic playing field, a fitness and wellness centre, and enclosed multi-use courts.

The new facility will provide a range of venues for social and community events, cultural activities, meetings and function spaces, and include contemporary food and beverage venues. 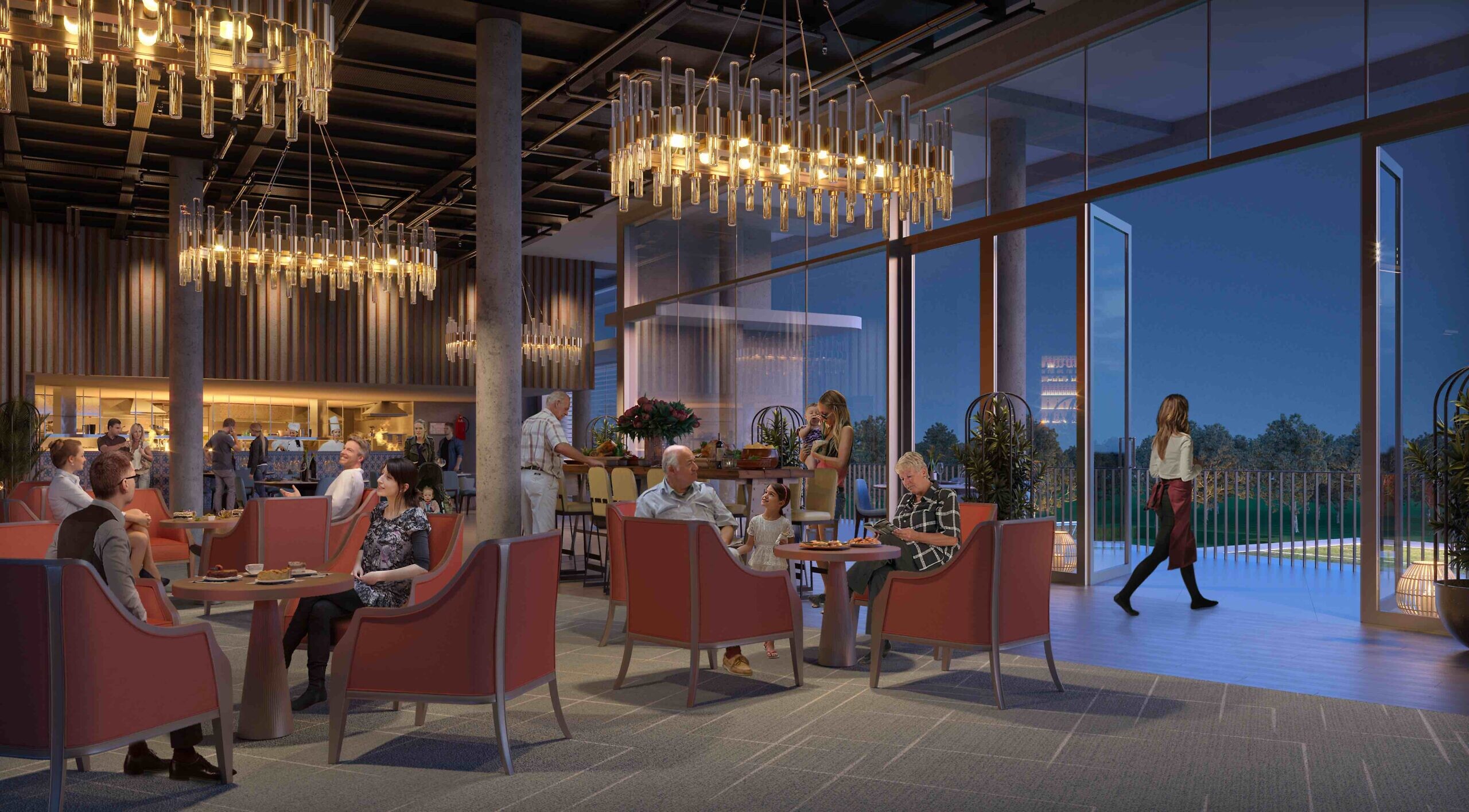 An artist’s rendering of the dining area at the Hakoah White City complex.

“This is possibly the most significant milestone on our journey to date, and gives the impetus to launch a final community fundraising effort and membership drive in coming months, before getting construction underway.”

With $47 million having been raised by March this year – including a $7.5 million federal government grant – Lowy said the next step is to complete major donor fundraising and then have a broad communal appeal and membership program, “which we are working on now”.

“From there, we’ll then go to a meeting of members which will probably take place near the end of the year,” he said.

“That will be the final hurdle to overcome, which we would be entirely confident of achieving. Because we’ll have the funding in place, we obviously have the development approval in place, we’re well on our way with finalising all the pre-construction activities. And then we should be ready to start demolition.”

But for all that to happen, Lowy said it is essential the community gets behind the project.

“The way that will occur is by the community both donating and being members of the club,” he said.

“I haven’t been whipping up excitement and enthusiasm in the community until we knew we could deliver. We obviously now have a very high level of confidence that we can.

“So the coming months is the time to market what Hakoah will be – who it will be for, what facilities will be there, what community activities will take place – all of that will be presented to the community.

“And following that, I have no doubt that we’ll be overwhelmed with membership excitement.”

While it will look like a sporting centre from the outside, Lowy said “what will really make the club tick is its Jewish values, its Jewish culture, its food, its music and its broader social and cultural activities”.

“We expect it will be a strong cultural centre for music, arts, food, cooking, a whole range of activities that our community wants to engage in together,” he said.

Noting that around 25 per cent of Hakoah’s membership in the past was non-Jewish, he said the club will be promoting membership to both the Jewish and broader communities.

“It will have a strong Jewish ethos. But at the same time, our community here is hugely engaged with the broader Australian community,” he said.

Lowy made special acknowledgement of the “enormous, dedicated work” of the Hakoah Board and the development subcommittee comprising Phillip Wolanski, Allen Linz, George Farkas and Rob Woolf, in getting to this point.

“There’s no way this approval would have been achieved without the dedication of those four individuals,” he said.

Lowy also expressed his appreciation for the professionalism and dedication of the planning team at Woollahra Council who handled the application over the past six years.