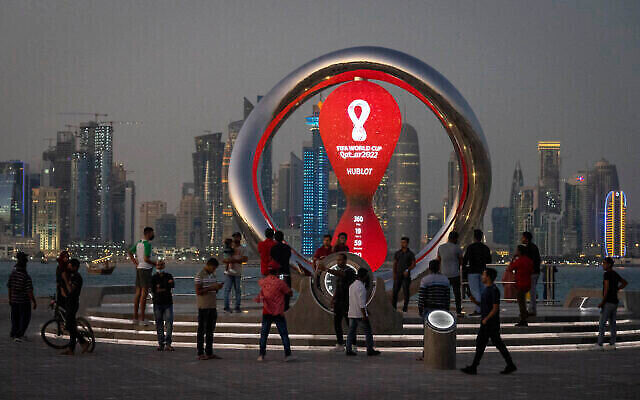 Israeli soccer fans will be able to travel to Qatar for the World Cup in November, despite the two nations having no formal diplomatic relations, Israel announced last Thursday.

In a joint announcement from the ministers of foreign affairs, defence, and culture and sport, Israel said its citizens – who ordinarily can only enter Qatar on a foreign passport – will be able to freely travel and attend games there during the upcoming tournament.

Under the terms of a deal reached with FIFA, the sport’s international governing body, Israelis seeking to attend must first purchase a ticket to a game, then apply online for a Fan ID card, approval of which grants its holder entry to Qatar and enables them to order accommodation.

Efforts are also being made to facilitate direct flights from Israel to the tiny Gulf nation, the announcement said.

There was no immediate comment from FIFA or Qatar, which in the past has said it would not block Israelis from attending the tournament.

Foreign Minister Yair Lapid called the move “another diplomatic achievement that will warm the hearts of soccer fans”.

The upcoming World Cup, which Israel’s team will not participate in, “opens a gate to new, warm relations”, said Lapid, referring to efforts to establish official ties with Saudi Arabia and other Gulf states.

Defence Minister Benny Gantz expressed hope that “Israelis visiting [Qatar] will strengthen the bonds of understanding between citizens of the two countries.”

Qatar hosted an Israeli trade office from 1995 to 2000, but is seen as unlikely to join other Gulf states in establishing full ties with Israel due to its own relationship with Iran.

Culture and Sport Minister Chili Tropper noted that “sports have the power to cross continents and connect peoples and countries,” and welcomed the ability of Israelis to take part “in the biggest celebration of soccer in the world”.

Thursday’s statement did not address security concerns about travel to Qatar, a nation with strong ties to both the West and Iran and the Hamas terror group.

Until now, Israel has recommended against all non-essential travel to Qatar, setting a warning level for the country at 3 out of 4.

The Israel Hayom daily reported a month ago that more than 15,000 Israelis had already purchased tickets for the World Cup.