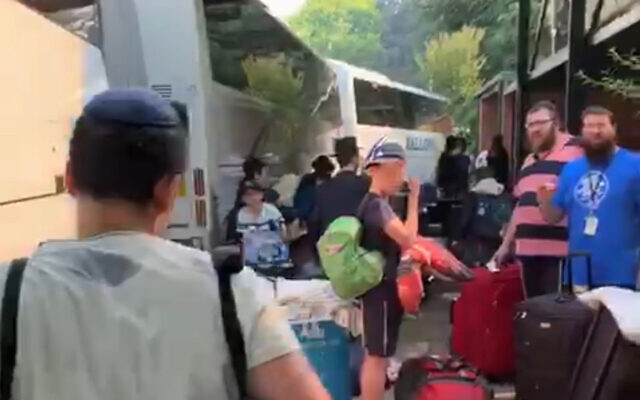 More than 340 kids were evacuated from the Gan Yisroel camp today.

MORE than 340 children were evacuated from the Chabad Youth Gan Yisroel camp near Mount Hotham in Victoria because out of control bushfires were approaching the site.

The decision was made late last night to evacuate the campsite, and by this afternoon (Thursday) all children had returned to Sydney or Melbourne. 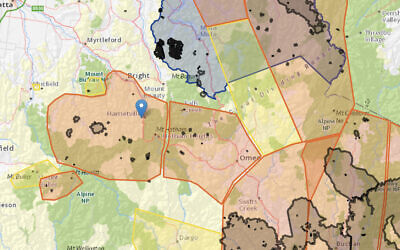 The campsite, located by the blue marker, is in the middle of areas under threat from bushfires.

Camp director Moshe Kahn said the call to evacuate was preventative at the time, and in consultation with the Country Fire Authority (CFA) and police.

“There were fires over the mountain and while there wasn’t an evacuation order, the advice from police was to leave,” Kahn said.

“We monitored the situation the whole time and it was a very calm evacuation. 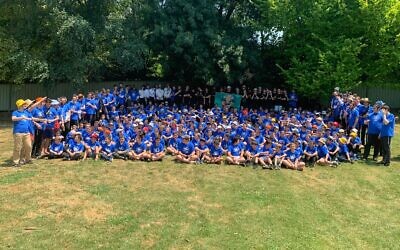 The 340 kids at the camp yesterday (Wednesday).

“We got all the kids together, spoke to everyone and then left this morning.”

Kahn told The AJN that prior to leaving the CFA said it wasn’t necessary, while the Police recommended an evacuation.

While the decision was preventative this morning, updates from Emergencies Services Victoria have now put the campsite in direct line of fire. 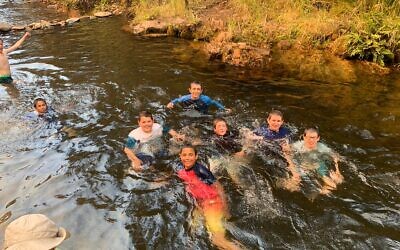 Kids had a great time at the camp until they were forced to evacuate due to bushfires in the area.

According to Emergency Services Victoria, there are now several out of control bushfires near the campsite and they are recommending that people leave now because conditions may change and get worse very quickly.

“Emergency Services may not be able to help you if you decide to stay,” they stated.

This camp was one of 10 held this year by Chabad Youth in Victoria.

The kids, who are ranging from seven to 17 years of age, are now participating in other programs.