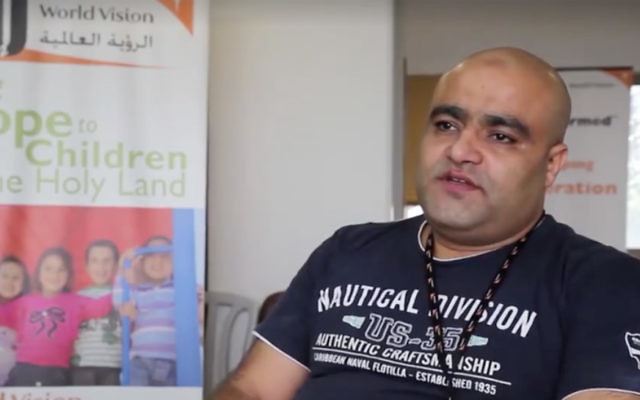 An Israeli court on Wednesday convicted Mohammad el-Halabi, a Gazan aid worker, of transferring millions in funds to the Hamas terror group, on all but one of the counts against him.

Israeli forces arrested Halabi, who worked at World Vision — a highly respected Christian humanitarian organisation that operates around the world — in 2016 and charged him with transferring millions of the nonprofit’s funds to Hamas. Since then, he has been held under arrest.

Halabi intends to appeal the ruling to Israel’s Supreme Court, according to his attorney. His sentencing has been set for July 10.

The 254-page ruling, like much of the evidence against Halabi, is classified. In a condensed version released to the press, the Beersheba District Court leaned heavily on Halabi’s confession to Shin Bet security agents, which he has since withdrawn.

“The defendant’s confession, given in various ways, is detailed, coherent, with signs of truthfulness,” Justice Natan Zlotchover wrote in the decision, adding that it was corroborated by additional confidential evidence.

Halabi and World Vision have both emphatically rejected the charges against him. The aid worker, who hails from Jabaliya Refugee Camp in the Gaza Strip, is a member of the Fatah group, Hamas’s enemy, according to his family.

According to the ruling, Israeli authorities determined Halabi had been recruited in 2004 by Hamas’ military wing, the Izz al-Din al-Qassam Brigades. His handlers later sent him to World Vision in order to “gain influence at an international organisation.”

“During the relevant period, the defendant met frequently with Qassam operatives in order to be updated on the needs of Hamas. The defendant then worked with World Vision in accordance with these needs,” Zlotchover wrote.

Halabi’s family and lawyer have said the confession was obtained under duress by a Palestinian informant to whom he spoke in prison, whom they charge faked and distorted key details.

During nine days of closed-door testimony from Halabi in 2019, the aid worker sought to withdraw the alleged confession, but the judges dismissed his testimony as not credible.

“The defendant relentlessly sought to retract his confession and gave a host of contradictory and unlikely explanations for how he confessed to the charges against him to two different parties,” Zlotchover said. 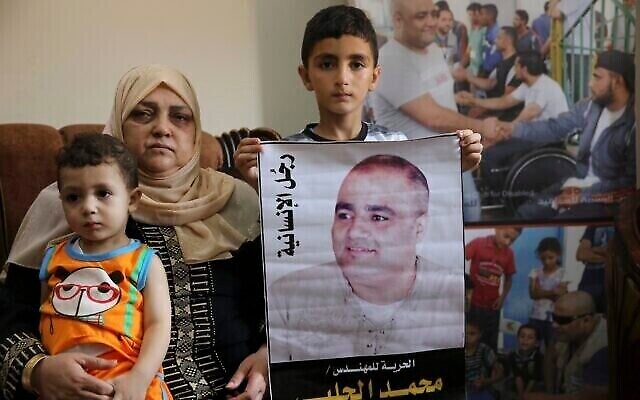 Amal el-Halabi (left) holds her grandson Fares while her grandson Amro, 7 (center) holds a picture of his father Mohammed el-Halabi, at their family home in Gaza city. The Arabic on the picture reads, ” the man of humanity.” August 8, 2016. (AP Photo/Adel Hana, File)

The case sparked international outcry, with the European Union calling for Halabi’s “immediate release” in January. US diplomats also attended several of Halabi’s hearings before the High Court of Justice in Jerusalem.

In February, the United States embassy in Jerusalem informed Khalil al-Halabi, Mohammad’s father, that US officials were “closely monitoring” the case.

“We will continue to monitor the case closely and raise our concerns with the appropriate officials,” the US official said in an email viewed by The Times of Israel.

“There is no serious explanation of what, exactly, he did. Until today, Mohammed is asking me ‘did the judge say exactly what he accuses me of doing’?” Hanna told reporters outside the Beersheba court.

Much of the evidence used to indict Halabi remains classified. But audits by World Vision, along with Germany, Australia, and the United States Agency for International Development, failed to turn up irregularities in the disbursement of funds donated to the nonprofit.

World Vision said its entire Gaza budget over the previous decade was $22.5 million, making the alleged diversion of $50 million “hard to reconcile.” Halabi had been appointed manager of its Gaza operations in October 2014, less than two years before he was arrested.

The three Israeli justices dismissed World Vision’s argument in their ruling, saying that the precise figures were irrelevant.

“There is no need to make accurate calculations and it is not even possible to do so. Evidence for the transfer of significant sums suffices,” the judges wrote.

Halabi has been held in detention throughout the prolonged legal battle, with courts granting prosecutors’ requests to extend his remand 27 times before his conviction on Wednesday.

In 2016, then-prime minister Benjamin Netanyahu hailed Halabi’s arrest as a victory in the war against Palestinian terrorism.

“Let that sink in. Hamas stole critical support for Palestinian children so that they could kill our children. So I ask you — who cares more about Palestinians?” Netanyahu said in recorded remarks at the time. 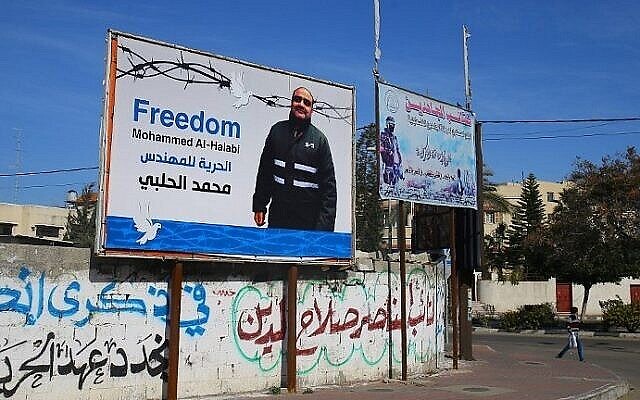 A Palestinian walks next to a poster of Mohammed al-Halabi, the Gaza director of Christian humanitarian charity World Vision, in Gaza City on January 12, 2017. (AFP PHOTO / MOHAMMED ABED)

Over 160 hearings have been held since then, many of them behind closed doors, including the 2018 cross-examination of Halabi.

Hanna, Halabi’s attorney, has accused the court system of refusing to provide qualified translators, which has led to his client being unable to properly respond to questioning.

Israel also refused, citing security concerns, to grant an entry permit to one of Halabi’s colleagues whom Hanna wanted to testify on his client’s behalf at the Beersheba District Court.

Halabi’s father, Khalil, said that he was “shocked” by the ruling, and that he had clung to the hope that the courts would side with them.

“This injustice cannot help us get to peace between the two peoples, who have to live together. It’s wrong,” he said, adding that Halabi’s six-year absence had taken a heavy toll on his family.

“His daughter told me the other day that she couldn’t even remember her father’s face. He has a son, Faris, who has never set eyes on him,” Khalil al-Halabi added.

In a statement following the decision, the Israeli Foreign Ministry said: “Any diversion of humanitarian funds for terrorist purposes is a reprehensible act committed at the expense of the welfare of the Palestinian residents of Gaza.”

“Israel will continue to use the tools at its disposal to prevent such crimes, and to hold Hamas and other terrorist groups accountable for perpetrating them,” the Foreign Ministry added.

Human rights groups slammed Halabi’s conviction as a reflection of what they charged was a judicial system biased against Palestinians.

Right-wing Israeli groups celebrated the verdict as a victory against funding for Palestinian terrorists.

“Israel’s investigation and prosecution was long because it was careful — prosecutors knew the network of anti-Israel ‘human rights’ organisations would rally behind their own and condemn any guilty verdict,” said Eugene Kontorovich, a legal scholar at the conservative Kohelet Policy Forum.