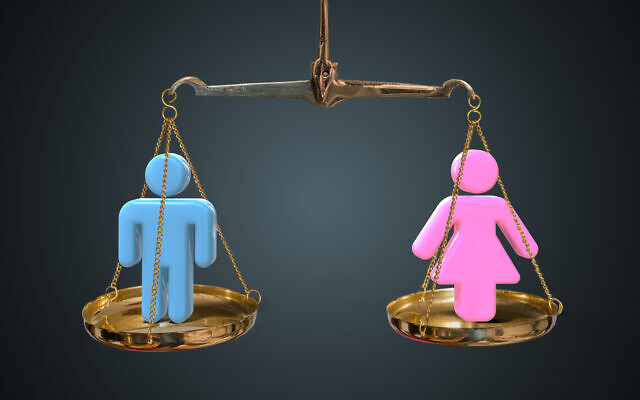 THE Australian Centre for Jewish Civilisation (ACJC) has announced a new endowment that will facilitate research into gender issues in the Australian Jewish community.

Established in memory of GP, family therapist and late wife of former ACJC director Mark Baker, the Kerryn Baker Memorial Endowment for Gender Research will see the ACJC partner each year with a Jewish communal organisation to undertake a research project related to women or gender that will directly benefit the organisation and impact the community more widely.

Baker relayed his family’s gratefulness “that Kerryn’s name will be memorialised through this Monash endowment that speaks to her feminist passions”.

For the inaugural project, the ACJC has joined together with the National Council of Jewish Women of Australia (Victoria) (NCJWA Vic) to explore issues of gender equity, inclusiveness and safety in Jewish communal organisations.

The partnership follows a recent special investigation by The AJN which surveyed the experiences of over 100 Jewish women who hold leadership or board positions in Jewish organisations The findings revealed alarming levels of gender-based discrimination, bullying and sexual harassment, with over one third of women sharing they have experienced gender-based bullying in a Jewish organisation.

The investigation occurred one year after the launch of NCJWA Vic’s #MakeSpaceForHer campaign and Gender Equality Pledge which was initiated in response to a significant underrepresentation of women on boards and panels.

President of NCJWA Vic Miriam Bass enthused, “This research will provide the evidence base from which to develop and grow our advocacy work enabling us, more effectively, to increase women’s participation in leadership roles within communal organisations and to enhance the visibility of women in the Jewish community.”

ACJC director and Pratt Foundation Chair of Jewish Civilisation, Professor Rebecca Margolis said, “The ACJC is proud to be moving forward with this timely initiative with support from, and in partnership with, our local community.”

Leading the project, ACJC Associate Professors Rebecca Forgasz and David Slucki shared, “It is the first of its kind in Australia and promises to deepen our understanding of the inner workings of the Jewish community.”

The endowment has been established as a result of the generosity of the Pratt Foundation and other benefactors. Pratt Foundation family trustee Fiona Geminder commended the initiative, saying “Supporting the promotion of equal involvement by women is a gender issue, but it matters to the whole Jewish community.”