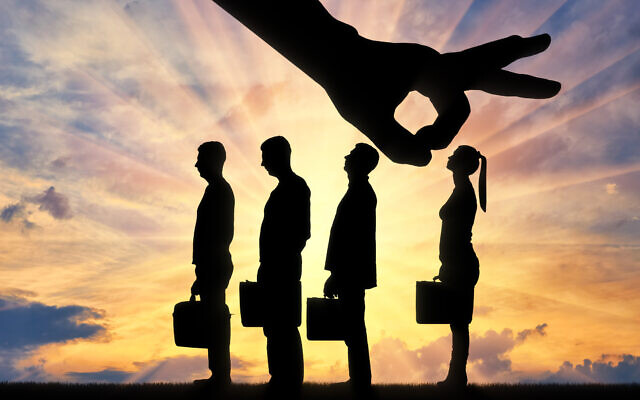 THE AJN’s special investigation into the experiences of Melbourne and Sydney Jewish women in professional and/or board roles has revealed some startling evidence suggesting a deeply ingrained problem. More than one third of women (37 per cent) surveyed said they have experienced gender-based bullying in a Jewish organisation, including five per cent who say it’s a regular occurrence.

Over a third of women do not feel they have the same access to opportunities enjoyed by men in communal leadership.

While the community may be performing better than the national average on some measures of gender equality – for instance, according to the Australian Human Rights Commission, 39 per cent of Australian women have experienced sexual harassment, compared to just 17 per cent in Jewish organisations – this should not be cause for complacency.

As president of the National Council of Jewish Women of Australia (Victoria) Miriam Bass stated, “In this day and age there is no excuse [for] this type of behaviour … Jewish communal organisations must have zero tolerance for this. We need and can do better.”

Indeed, 80 per cent of survey respondents are looking for more actions to be taken to address the issue of gender equality in Jewish organisations.

“This is a wake-up call for all of our leadership across all organisations. There is no question that there is more work that needs to be done. It does start from the top. That is where the example needs to be set,” said JCA’s president Stephen Chipkin.

Greater representation of women across all facets of communal leadership would not only serve women better – but the entire community would be stronger as a result.

We know this to be true. We knew it before this survey. But what this survey captured was the frustration of women. The accounts were raw and candid. Some were hopeful, others were shocking. It is uncomfortable. But we need to lean into it. We know the issue is bigger than the Jewish community, but we are not a people who shy away from challenge. We have women’s organisations at the ready to guide this change, and we have women in our midst that are ready to lead. So, let them.

Now is the time for action.